Philadelphia's popular orange weirdo seems to be loved by all, including 2000s pop punk legends 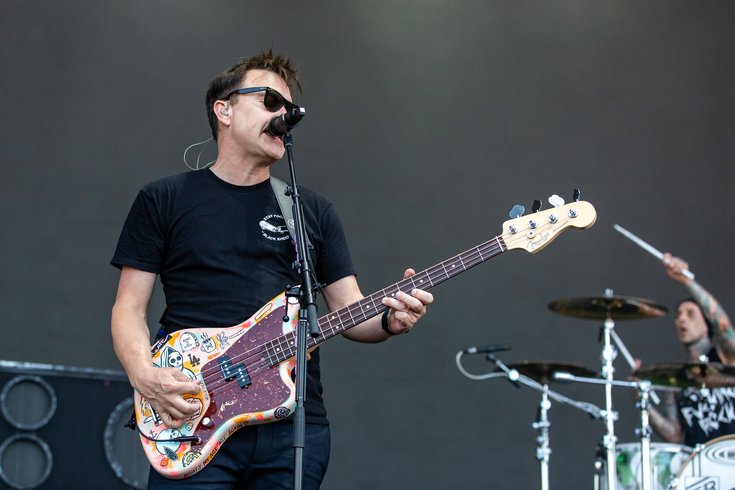 Blink-182, the legendary turn-of-the-century rock band, stopped in Camden and gave the hockey team from across the river a big shoutout.

If you didn't know, blink-182 is still performing music live all around the United States in the year 2019. Crazy, right?

The turn-of-the-century rock band stopped in Camden on Wednesday night as part of a tour with rapper Lil Wayne, and much smaller band Neck Deep, to play the BB&T Pavilion.

It was likely a solid, if unspectacular, slice of nostalgia for everyone who went, but blink-182 lead man Mark Hoppus decided to throw a little modern flare into the show with a Philly-centric shoutout.

He brought out (a tiny, stuffed) Gritty for his microphone stand:

At the @blink182 concert when a wild @GrittyNHL appeared. pic.twitter.com/7OldbIdkyU

Pretty adorable! The Flyers' large orange mascot is approaching the one-year anniversary of his unveiling, so it feels appropriate to celebrate Gritty. Plus, I absolutely think Gritty would have listened to blink-182 if he'd been a skateboarding teen in the early 2000s.

Hoppus, for what it's worth, has more than once made clear that he thinks Gritty (and Philly's entire sports scene) rocks:

Philadelphia may very well be the best sports city in the US. Think of it: you have 1) The Eagles 2) @GrittyNHL 3) the one time I went to a Phillies game and I swear to God they drove this small tank onto the field and cannoned hot dogs into the crowd.

Having stood next to the Phillies' hot dog cannon myself, I can confirm it is indeed fantastic.

Hoppus is a California native, but he clearly understands Philly. Good to know! Blink-182 is releasing a new album, "Nine", on Sept. 20.