Elijah Aiken, 36, is believed to have stolen nearly $200,000 in electronics from Target stores 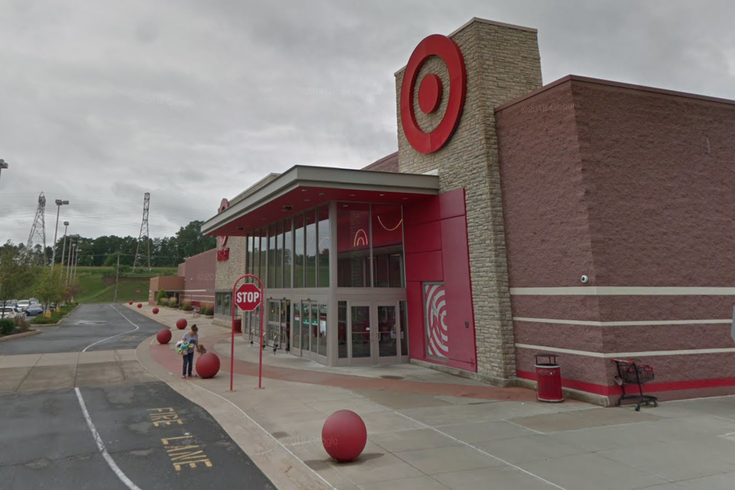 A Target in Selinsgrove, Pennsylvania, where Elijah Aiken's crime spree began in 2014. Aiken allegedly used a blowtorch to gain entry to a number of Target stores, stealing electronics worth nearly $200,000 over a three-month span.

Elijah Aiken, 36, pleaded guilty in Massachusetts court to transporting stolen goods across state lines, among other charges. Authorities believe he stole nearly $200,000 in electronics, including iPhones and iPads, from Target stores between December 2014 and February 2015, according to the Associated Press.

Aiken and a second suspect are believed to have used a blowtorch to cut through metal doors at stores in Pennsylvania, Connecticut, New Hampshire, and Massachusetts, according to MassLive.

The first theft allegedly took place in Selinsgrove, Snyder County – about 110 miles northeast of Philadelphia – and after a half-dozen other burglaries, authorities tracked down a car Aiken used in one New Hampshire theft to an Enterprise Rent-A-Car storefront located in Allentown.

Police found Aiken's fingerprints on the car, which had been driven more than 12,000 miles between the first theft and the time it was found by police.

After a theft in early February 2015, the men were chased from the scene by police, and were found hiding in a snowbank near the store.

Aiken is scheduled to be sentenced on Aug. 26, and faces up to 25 years in prison, the AP reported. He is expected to ask for three years and five months in prison.