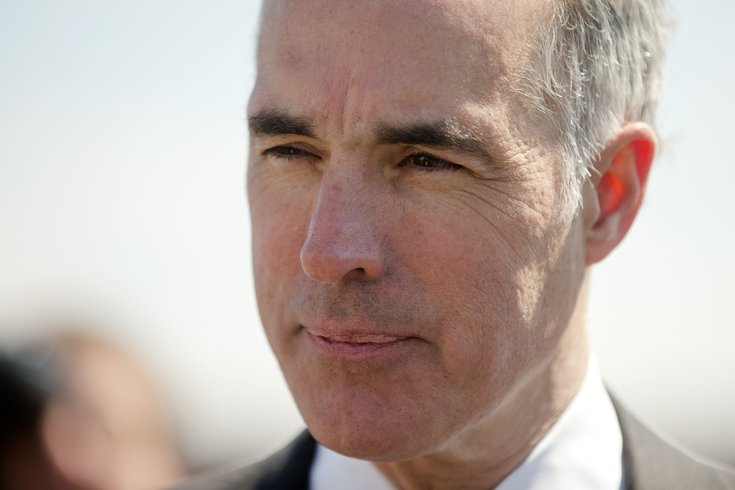 Pennsylvania’s Sen. Bob Casey’s office called out President Donald Trump’s desire to build a wall along the U.S.-Mexico border on Thursday, claiming federal money ticketed for projects across Pennsylvania could be instead used on the prospective wall.

Casey’s office said nearly $200 million in congressionally-approved money could be at risk if Trump diverts funds to pay for the potential wall, according to the Associated Press, though the office said the Trump administration hasn’t yet confirmed what specific money is at risk.

The $200 million includes $71 million planned for expansion of a submarine propeller manufacturing facility at the Navy Yard, according to the AP.

"I will fight like hell to keep this funding and these projects up and running in Pennsylvania," Casey said in a statement.

Other approved money Casey said could be at risk includes $85 million meant to improve facilities at Pittsburgh’s Air Force Reserve, and $9 million for a new National Guard armory near York, according to the AP.

The Trump administration has planned to redirect $3.6 billion in military-construction efforts towards the wall, according to the Wall Street Journal.

Last week, Casey issued a statement about President Trump’s national emergency declaration, pointing out that security experts believe the wall would not work and calling the declaration itself a “complete abuse of power.”