Holiday shopping for a bookworm? Here are 23 gift ideas from Philly book stores 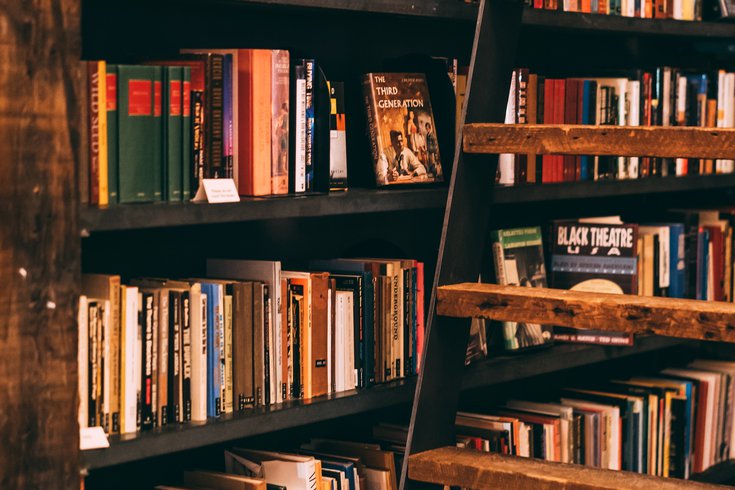 We all know someone who blazes through books in a single sitting, gets paper cuts from flipping pages and has too many holds at the library to keep count. For insatiable readers, a new book is always the perfect gift — and with the holidays fast approaching, now is the time to scope out new stories.

Booksellers at Head House Books in Society Hill, A Novel Idea in East Passyunk and The Spiral Bookcase in Manayunk responded with some of their favorite picks. Consider their selections if you're searching for something your book-loving spouse, sibling or friend hasn't read yet — and head over to their stores to pick up a copy.

"The Twist of A Knife" by Anthony Horowitz
"The fourth in its series, protagonist Anthony Horowitz must reunite with his estranged ex-partner to clear his name when he is falsely accused of murder." – Richard De Wyngaert, Head House Books

"Plain Bad Heroines" by Emily M. Danforth
"A sapphic Gothic fiction mystery that spans centuries and features a haunting cast of characters, this strange work captured me from the very first. Though slow burn, the true terror and mystery becomes more and more apparent as the story progresses, driven largely by its characters and the eerie setting." – Monica Robinson, The Spiral Bookcase

"Jackal" by Erin E. Adams
"Horrors lurk in the woods of Johnstown, PA, but also in plain sight. Liz, a black woman returning home to a mostly white town, is forced to relive her childhood scars when her best friends' daughter goes missing. Awash in a decades-old mystery Liz can't help but go deeper until she uncovers the truth. 'Jackal' will thrill any mystery lover." – Alex Schneider, A Novel Idea

"The Two Doctors Górski," by Isaac Fellman
"A graduate student studying magic grapples with ethics in learning the details of her advisor's past in which he made a homunculus of himself and ruined his life and reputation." – De Wyngaert

"Piranesi" by Susanna Clarke
"It doesn't matter if you think you don't like fantasy; 'Piranesi' is a must-read. A low fantasy — meaning that the fantastical elements come to our world, and the narration moves in and out of the 'real' world and the fantastical one — with a lyrical, literary feel, this novel is slim but packs an enormous punch. Clarke expertly deals with trauma, grief, and the eternal human desire to see what lies beyond the curtain. My favorite book of all time; the ending reduces me to tears every time." – Victoria Mier, The Spiral Bookcase

"A House Between Earth and the Moon" by Rebecca Scherm
"A scientist believes he has discovered a solution to climate change, but is forced by a mega tech company to complete his research on another planet." – De Wyngaert

"The Sea of Tranquility" by Emily St. John Mandel
"I'm already enamored with Mandel's other works, and this one was no different. With perhaps the most unique take I've seen yet on time travel, a vast cast of characters connected by their humanity and mortality, and the gorgeous landscapes we've come to expect from Mandel, this one should definitely not be missed!" – Robinson

"Parable of the Sower" by Octavia E. Butler
"Like many others, I have long viewed Butler as not just a groundbreaking writer, but also a straight-up prophetess. This speculative science-fiction novel takes place (more or less) during our present day and time, but Butler wrote it years before, and the number of events and undercurrents she absolutely nailed are terrifying. I won't spoil anything for you, but this book is a must-read on so many levels." – Mier

"Tomorrow, Tomorrow and Tomorrow" by Gabrielle Zevin
"A love story between childhood friends who find each other again as young adults, united by their long-time love of video games." – De Wyngaert

"Payback's a Witch" by Lana Harper
"This book promised a witchy, sapphic, enemies to lovers rom-com, and it 100% delivered. Cute, cozy and just the right amount of spicy for those of us who aren't always into trad romance." – Robinson

"White Horse" by Erika Worth
"An Indigenous woman is haunted by her mother’s spirit from her old bracelet." – De Wyngaert

"What Moves the Dead" by T Kingfisher
"Loosely based on 'The Fall of the House of Usher,' this dark gothic mycology horror novella is viscerally thrilling from start to finish. Truthfully, I'm still being haunted by it." – Robinson

"Hex" by Thomas Olde Heuvelet
"One of our favorite books of all time is 'Hex' by Thomas Olde Heuvelet. The novel is reminiscent of a young Stephen King, and follows a family that lives in a small town in the Catskills that is cursed by a witch. Drawn in by the humor and the mystery of this town, this book is a wild ride." – Schneider and Rosso-Schneider

"The Girl Who Fell Beneath the Sea" by Axie Oh
"Based on a Korean folktale, a young girl sacrifices herself to the Sea God and finds herself in the spirit realm." – De Wyngaert

"Tithe" by Holly Black
"Everyone's into Fae nowadays, but Holly Black's Modern Faerie Tales series was the OG. Magical, lush and absolutely spellbinding, and featuring the first YA fantasy heroine I read as a kid that was from a poor, working class background, which was a big deal back then and still means a lot to me." – Mier

"You Can Go Your Own Way" by Eric Smith
"'You Can Go Your Own Way' by local author Eric Smith is the heartfelt young adult novel you need on your bookshelf right now. It's set in a pinball arcade similar to Fishtown's Barcade and has both a charming love story and a beautiful exploration of the process of grief. One of the things I love about all of Eric's books is that they always feature Philly easter eggs." – Rosso-Schneider

"Magnificent Rebels: The First Romantics and the Invention of the Self" by Andrea Wulf
"A history of the genesis of the Romantic movement, with particular attention paid to the female members of the group." – De Wyngaert

"All About Love" by bell hooks
"This book changed my life and I imagine it will probably change yours. Legendary writer, poet and essayist bell hooks dives deep into healing our collective wounds from the way we were taught to give and receive love, and also posits that romantic love is in fact not the pinnacle of existence. Most importantly, hooks offers a restructuring of self-love without narcissism, which feels very important in this age." – Mier

"Before We Were Trans" by Kit Heyam
"'Before We Were Trans' is the perfect balance of historical analysis and cultural criticism while maintaining an objective point of view. Kit Heyam's passion and knowledge are evident from page one and carry a brightness through to the end. The love packed into these pages lightens the heaviness of the challenging histories." – Schneider