Fishtown bar operators to pay employees more than $492K in back wages, damages 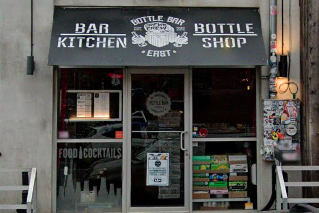 The operators of Bottle Bar East in Fishtown will pay employees more than $492,000 in back wages and damages after an investigation by the U.S. Department of Labor determined the bar and alcohol retailer violated multiple requirements of the Fair Labor Standards Act.

The operators of Bottle Bar East, a popular bar and alcohol retailer in Fishtown, have agreed to pay 73 employees a total of $246,457.99 in back wages and an equal amount in damages after federal investigators determined they violated multiple requirements of the Fair Labor Standards Act.

The Department of Labor in April 2020 filed a complaint against the operators, BHMK Enterprises LLC, in U.S. District Court alleging "Bottle Bar East and its owners willfully violated the minimum wage overtime provisions of the FLSA through their unlawful pay practices," according to a statement. The department's investigation into the business found that it failed to pay bartenders and servers cash wages, meaning they worked for tips only, and did not compensate employees for attending quarterly cleaning meetings.

Pennsylvania law requires employers to pay tipped employees at least $2.83 an hour. If employees do not earn enough in tips and cash wages to make a minimum wage of $7.25 an hour, state law says employers must make up the difference.

Additionally, investigators determined that Bottle Bar East failed to pay both front- and back-of-house employees overtime when they worked more than 40 hours per week, the Department of Labor said.

"Bottle Bar East stole wages from its workers, harming them and their families and gaining an unfair advantage over employers who play by the rules,” Regional Solicitor Oscar L. Hampton III said. "The U.S. Department of Labor will enforce the law to recover hard-earned wages for workers and to ensure a level playing field for law-abiding business owners."

The investigation also revealed that Bottle Bar East failed to maintain payroll records for servers and bartenders and had incomplete records for cooks and dishwashers, the Department of Labor said.

The Department of Labor said the Aug. 31 agreement with BHMK Enterprises resolved "months of litigation." The U.S. District Court for Eastern District of Pennsylvania ordered the operators to pay $25,729 in civil money penalties "for the willful nature of the violations" in addition to the $492,915.98 in back wages and damages that will be divided among Bottle Bar East bartenders, servers, cooks and dishwashers.

"Restaurant workers are among the most vulnerable in the service industries,” said Jim Cain with the Department of Labor's Wage and Hour Division. "Like all workers, they deserve to be paid every penny they have earned. The Wage and Hour Division will continue to hold employers accountable. Other employers should use the outcome of this investigation, and this lawsuit, as an opportunity to review their own pay practices to make sure they comply with the law, and avoid costly violations like those in this case."