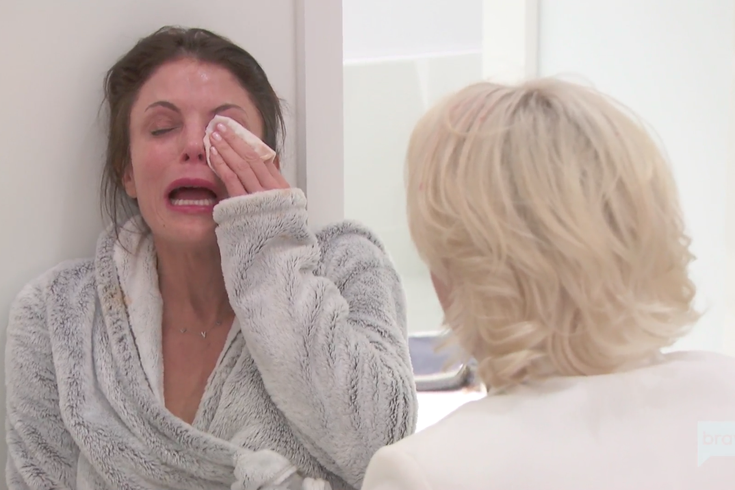 Season 11 of "The Real Housewives of New York" on Bravo will premiere on March 6.

The preview for "The Real Housewives of New York" Season 11 starts with Bethenny Frankel yelling, "Hey hooker!" out of a tinted-window SUV with large hoop earrings, a sequined top, and purple sunglasses.

She's yelling, of course, to dynasty housewife Sonja Morgan in the trailer for the long-awaited and anticipated (just by me?) 11th season of the series, which premiere's March 6.

This season looks like a lot of partying, a lot of looks (lewks), many costumes are worn to various kinds of pointless events, there is more Jovani talk, and lots of making out.

"The Real Housewives of New York" put Bravo and the entire franchise on the map, at least according to OG cast member Ramona Singer. So as a writer for a news site with a platform to comment and critique on such garbage television, I feel it is my duty to speculate on what we're about to see.

After a lot of cast changes for minor players — notably Carole Radziwill will not be returning after six seasons — the entire Season 10 cast will return with the addition of Barbara Kavovit (friend of original and beloved New York housewife Jill Zarin).

Some highlights we can expect this season are many (many, many, many) mentions of Luann de Lesseps' journey from prison to "cabaret star" (her words, not mine) with her show "Countess and Friends," which she toured across the U.S. and made into a Christmas show between her stints in rehab.

Another highlight will be Frankel's emotional journey through the overdose of ex-boyfriend Dennis Shields in August 2018.

There appears to be a trip to Miami, Tinsley Mortimer cries about not yet being engaged while simultaneously trying on a wedding dress and taking a shot of Titos Vodka (just kidding, that was last season), and Dorinda Medley gets way too drunk and no one understands a single thing she says.