Expect to hear songs from 'Wicked,' "A Chorus Line,' 'Beauty and the Beast' 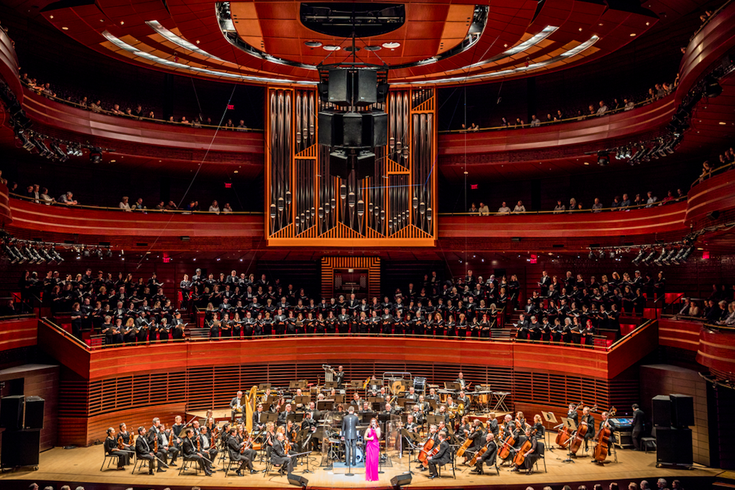 Philly POPS on stage at the Kimmel Center.

Three Broadway stars will join the Philly POPS and conductor Todd Ellison for "Best of Broadway" at the Kimmel Center's Verizon Hall on March 9-11.

Favorite songs from "My Fair Lady," "Cats," "Wicked," "A Chorus Line," "Beauty and the Beast" and additional Disney classics will be performed.

RELATED: "This Is Us" star Chrissy Metz coming to Philly | Orchestra to perform score for "Star Wars: A New Hope" while movie is screened

Egan received both Tony Award and Drama Desk nominations for Best Actress as the original Belle in Disney’s "Beauty and the Beast."

Gravitte won a Tony for her critically acclaimed performance in "Jerome Robbins Broadway," and Sieber has starred in Tony-nominated productions like "Monty Python’s Spamalot" and "Shrek the Musical."

Currently, the Friday show has the most seat options available.