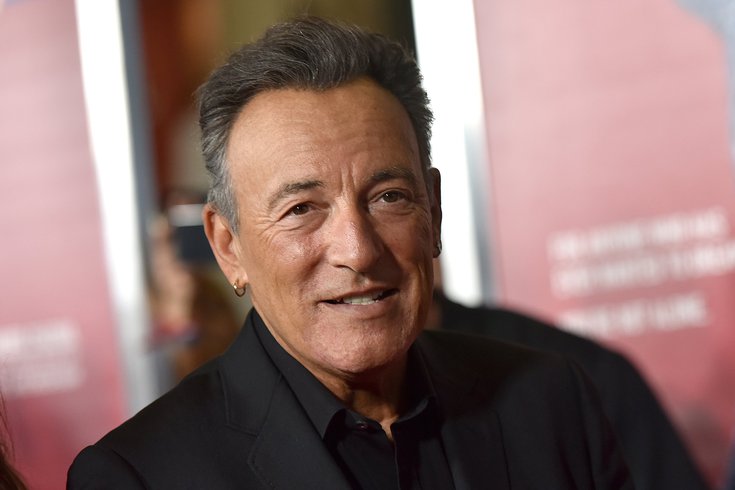 Some of Bruce Springsteen's most iconic artifacts will go on display at a traveling Grammy Museum this fall. The first stop is Newark, New Jersey.

Some of Bruce Springsteen's iconic artifacts will be on display in the traveling Grammy Museum, including his favorite Fender guitar, handwritten setlists and plenty of denim stage outfits.

The Bruce Springsteen Live! exhibit was curated by the Grammy Museum in Los Angeles and will debut on Oct. 1 at the Prudential Center in Newark, New Jersey. On March 20, 2022, the exhibit will travel to Los Angeles where it will go on display in Fall 2022.

Springsteen's favorite Fender guitar, featured on several of his album covers like "Born to Run," will be out on display, as well as the late Clarence Clemons' saxophone.

The exhibit will also feature stage costumes from Springsteen and the E Street Band, performance footage and interviews, the Associated Press reported.

“As we reopen the doors to our museum and so many of us return to the workplace, it only seemed fitting that we would look to ‘The Boss’ to lead the way.” said Mark Conklin, director of artist relations and programming at the Grammy Museum Experience Prudential Center, in a statement. “No musical artist has captured the spirit and resiliency of New Jerseyans in song better than Bruce Springsteen, so we couldn’t imagine a more appropriate exhibit at this moment.”

The museum will feature an interactive kiosk where fans can look through handwritten setlists and decide their own encores for the show.

Other notable items include a ticket booth stage prop from the Tunnel of Love tour and a signed copy of Springsteen's itinerary from his Human Rights Tour, a six-week benefit tour in 1988.

The exhibit came out of a partnership between the Grammy Museum, the Bruce Springsteen Archives and the Center for American Music at Monmouth University.

“Few performers embody the soul and excitement of live rock and roll like Bruce Springsteen and the E Street Band,” said co-curator Robert Santelli, founding executive director of the Grammy Museum. “This exhibit will undoubtedly get fans excited about seeing Springsteen again in concert, hopefully soon.”

Tickets to the museum can be purchased online and start at $7 per person.