Recorded in Philly at the onset of the COVID-19 pandemic, 'Black Encyclopedia of the Air' dropped Friday via Anti- Records 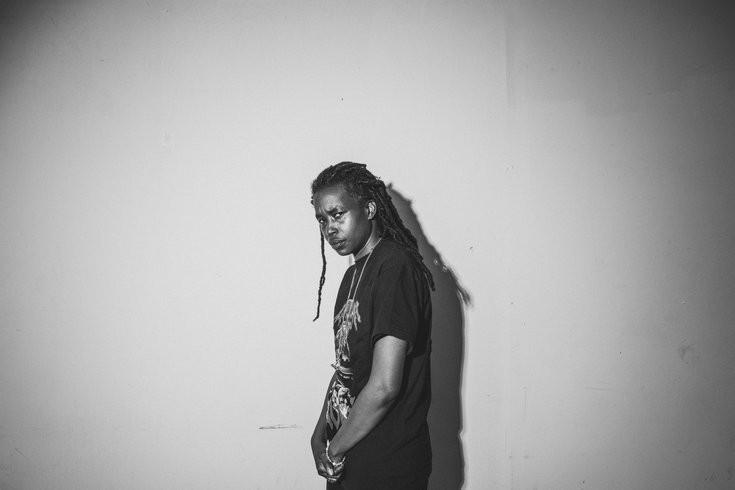 Camae Ayewa wastes no time in revealing what inspired her latest album performing as Moor Mother: "When I'm hurting, I look outside, and everyone else is hurting, too," she says as the intro to "Black Encyclopedia of the Air" comes to a close. "This place is a gathering of bones."

Born out of frustration while shuttered in her Philadelphia home at the onset of the COVID-19 pandemic, "Black Encyclopedia of the Air" was released Friday on Anti- Records. Talking to Ayewa about the album, two things become very clear: This project was never supposed to happen, and she probably would have preferred the reality in which it didn't.

"I had been touring pretty much every month for the past five years or six years, so I was never home for more than two weeks at a time in Philly," she said. "Once I was here quarantining, I was really sad because I did not want to live, you know, if the end of the world's happening, I don't want to be in the inner city.

"Touring the world and then having to sit down and just be in one place, it's a bit difficult for me."

For longtime Moor Mother fans and newcomers alike, "Black Encyclopedia of the Air" is essential listening. Armed with more than 100 instrumentals from Swedish producer Olof Melander and nothing but time on her hands, Ayewa said she recorded the project in between sessions for another album – and when she needed to cut loose from reality.

On songs like "Shekere," she's freestyling. On others, Ayewa is reading from her book of poetry. As her gathering of bones started to become a cohesive body of work, unlike anything she's done before, Ayewa decided to release it onto the world. Each of the 13 tracks provides a glimpse inside the mind of a prolific artist as she navigates the creative process with one goal: having fun.

"I didn't even give it a title until I had to – like the deadline," Ayewa said. "I had just been calling it the 'Hip Hop EP' or the 'Easy, Accessible EP.' I'm not someone that makes songs or even wants to be in the tradition of this thing of songs. I want to make experiences and worlds. I don't really like to be this kind of simple.

"I wanted to make something that mothers could listen to, that younger people can listen to outside of my fan base," she added. "It's still very weird, but it's like my attempt to do something accessible still has so much of me."

Rooted in Afrofuturism, Ayewa's art eludes genre constraints and spans multiple mediums. She time traveled through race riots on her acclaimed debut album, 2016's "Fetish Bones," a suffocating symphony of noise. In 2020 alone, she released more than a handful of projects, including one as the lead vocalist in the punk band Moor Jewelry and a free-jazz musical called "Circuit City," which was inspired by the traumas experienced by families living in housing projects.

But her love for rapping has never wavered, and her pen game is lethal. Consider this incredible moment of braggadocio from the song "Portrait," the closing track of her 2020 collaborative effort with rapper billy woods: "Came to the show with the severed head of a demon / Screamin, 'Y'all ain't f***in' with me.'"

"Camae's a true artist; she's an avant-garde Renaissance woman," said Lojii, a Philly rapper who's featured with Ayewa on "Shekere."

"If you even are around her, you will feel her energy without even being like within 10 feet of her because she's just that powerful. She's a divine being, son." 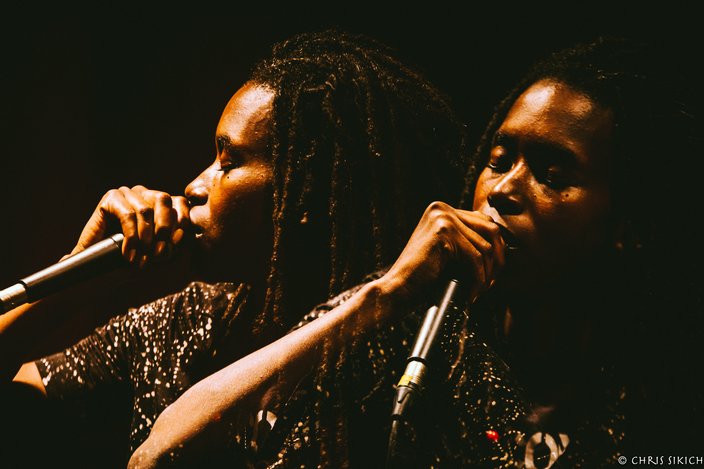 Ayewa grew up in public housing in Maryland and has previously cited traditional hip-hop acts Salt-N-Pepa and Public Enemy, along with Patti LaBelle and Bob Marley, as some of her earliest influences. She moved to North Philly to pursue photography at the Art Institute of Philadelphia and has called the city home ever since.

In 2014, she and her partner, housing attorney Rasheedah Phillips, founded the collective Black Quantum Futurism, a multidisciplinary collective that "explores personal, cultural, familial, and communal cycles of experience, and solutions for transforming negative cycles into positive ones using artistic and wholistic methods of healing."

As BQF, Ayewa and Phillips have conducted workshops for youth at community centers across the city and recently took over the Hatfield House in Fairmount Park for an installation called "Ancestors returning again / this time only to themselves."

"Black Encyclopedia of the Air" includes nods to a couple of Philadelphia legends, Allen Iverson and Black Thought, but the album's release signals the beginning of another busy stretch for Ayewa that will have her away from her adopted home.

After an appearance at Philly Music Fest in early October, she and Phillips will spend two months at CERN in Geneva studying with the scientists behind the Large Hadron Collider and creating artwork as Black Quantum Futurism inspired by the experience. She's also spending more time on the West Coast after being named an assistant professor of composition at the University of Southern California's Thornton School of Music.

But Philly will always be a source of inspiration for her artwork; in fact, she and a jazz collective called Irreversible Entanglements recorded their upcoming album in just one day at Rittenhouse Soundworks.

Speaking with Pitchfork's Madison Bloom about "Black Encyclopedia of the Air," Ayewa called the new album "a gateway, a trickery: bringing people in with the smooth vibes."

"If you know my music, I like to punch people in the heart and then kiss the heart," she said. "As musicians, we are conductors of human emotion, and the more tuned in you are, you can really pull this out of people. It’s about understanding the different ways that I have to go with such a radical message. My music is tied to a future and a history."

Her biggest goal with this project, however, was to heal. Once the gathering of bones had taken its final form, Ayewa said she'd leave her home and listen to the 13 tracks during walks around Fairmount Park.

"It really helped me to be able to record all the other music I did that year," she told Flood Magazine. "I can’t even imagine what I would have done if I didn’t have this album to listen to and to ground me, to keep me continually working. I guess I hope it creates that feeling for someone else, because I desperately needed that kind of healing energy to keep moving forward."

To find that mission statement translated into song, look no further than Ayewa's opening verse of "Shekere," an improvised message from the heart: "We will outlast, rise up from the past," she says. "We rise up, who gon' hold us down? / Black fist and golden crown, ancient sound / They can't hold us down."