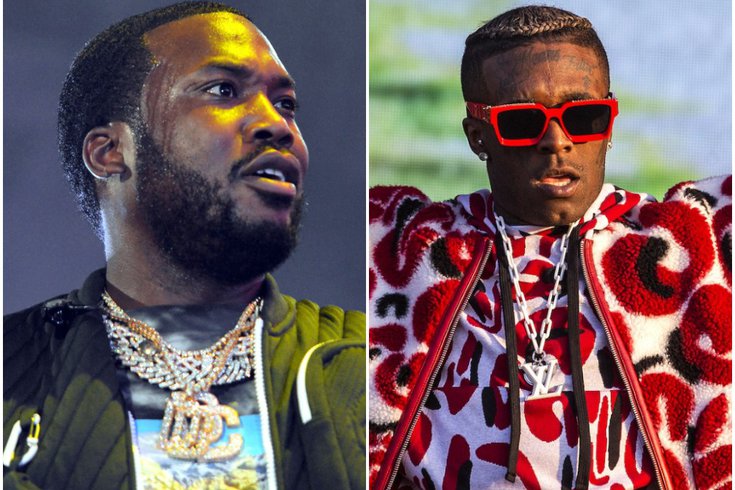 Meek Mill is back with his second new single in as many weeks, and this time he enlisted fellow Philly native Lil Uzi Vert for a feature.

Mill's lyrics touch on his time in prison, which ignited his advocacy for criminal justice reform upon being released. Uzi brings the track home with a verse flaunting his lavish lifestyle, including a Rolex President watch and a bumblebee-colored Lamborghini.

The rappers stopped by Philadelphia in July to shoot the music video, which features a fleet of four wheelers and dirt bikes cruising through the city's streets while police helicopters circle overhead.

"Blue Notes 2" is a follow up to Mill's 2016 cut "Blue Notes," which appeared on his album "DC4," and is the latest in a run of new music from the emcee. Last week, Mill released "Sharing Locations," a track that features Lil Baby and Lil Durk. On Aug. 13, he dropped "Mandela Freestyle" to celebrate being the first rapper to win the Nelson Mandela Humanitarian Award. It appears as if a new album is in the works, too. HipHopDX reports that Mill has been recently spotted in the studio with Jay-Z, DaBaby and Brent Faiyaz — among others.

Uzi, meanwhile, has appeared on tracks with Trippie Redd, Isaiah Rashad, Pi’erre Bourne, Justin Bieber and the late Pop Smoke this year while fans await a follow-up album to 2020's "Eternal Atake." He also recently learned that he's a year younger than he thought he was after his birth mother discovered his birth certificate.

Watch the music video for "Blue Notes 2" below.