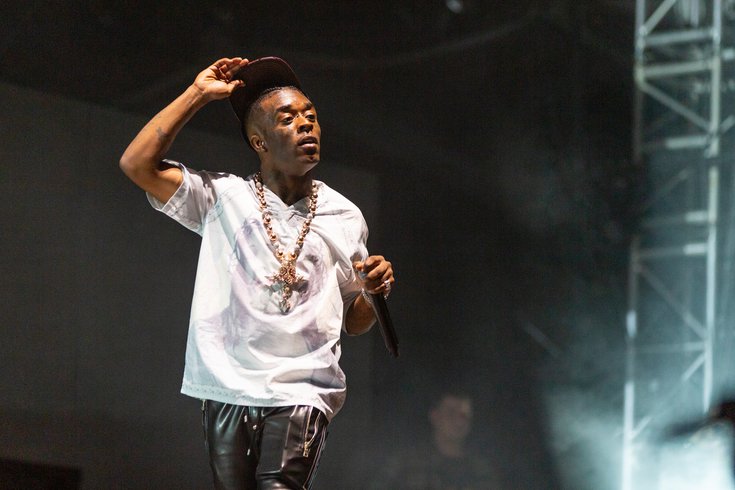 Lil Uzi Vert performs at the Made In America Music Festival on Sept. 1 2019, in Philadelphia.

Lil Uzi Vert is working on an upcoming project called "Forever Young," one of several follow-ups he has planned after the success of "Eternal Atake" and the "Pluto X Baby Pluto" mixtape with Future.

The Philadelphia-born rapper may be onto something with that first title.

On Wednesday, Lil Uzi Vert revealed that his mother discovered his birth certificate and it says he's turning 26 on Saturday. The rapper thought he was a year older.

Lil Uzi Vert was born Symere Bysil Woods in the Francisville section of Philadelphia, where he began rapping in high school in a group called Steaktown. He later dropped out of school and was kicked out of his home, committing fully to music with a distinctive blend of emo rap.

In a series of follow-up tweets, Uzi also revealed that he doesn't have a driver's license despite driving his fancy cars. That's not ideal.

Who tf has a license https://t.co/aEkDXExOC2

It's pretty mind-blowing to consider that major milestones in Uzi's life were apparently off by a year, including turning 18 and 21.

The discovery is a bit strange coming from a successful artist who has threatened to retire in the past, at the peak of his fame, only to come back more prolific than before.

Meanwhile, Uzi has resumed wearing his $24 million diamond face piercing, which he had removed due to apparent bleeding issues, and just a got a tattoo on his tongue.

Release dates haven't yet been determined for "Forever Young" and "Luv is Rage 3," but Lil Uzi Vert said he may debut some of the new material at live shows before studio recordings are available.

Lil Uzi Vert confirms that “Forever Young” and “Luv Is Rage 3” are on the way 🌎🔥 pic.twitter.com/V0grPrypCm