'Living Proof' is a track on 'I Don't Live Here Anymore,' debuting Oct. 29 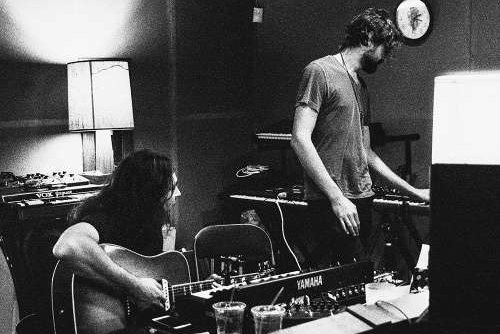 The War on Drugs will release their upcoming fifth studio album, 'I Don't Live Here Anymore' on Oct. 29 via Atlantic Records, with a tour to follow including two dates in Philadelphia.

Philadelphia's The War on Drugs are preparing to release their studio follow-up to 2017's Grammy-nominated "A Deeper Understanding," teasing a new album that will be out Oct. 29. The band will have two concert dates at The Met Philadelphia in late January.

The War on Drugs made the announcement Monday, sharing that "I Don't Live Here Anymore" will be released via Atlantic Records in a few months. The band debuted a video for the album's first single, "Living Proof," a quiet and meditative reflection on moving, returning, escaping and the pain we attach to important places in our lives. Might it be a distant reference to the Bruce Springsteen song of the same name?

The new album will include 10 tracks and comes after The War on Drugs released their first live album last fall, "Live Drugs," and launched a podcast examining the recordings on the live album.

The War on Drugs have been among the most successful Philadelphia bands of the last decade, a fusion of indie heartland rock and neo-psych shoegaze led by Adam Granduciel, a frequent collaborator over the years with Kurt Vile.

In an announcement on their website, the band said the new album was recorded at seven different studios over the past few years, including Electric Lady in New York and Sound City in Los Angeles. The band described "I Don't Live Here Anymore" as "an uncommon rock album about one of our most common but daunting processes — resilience in the face of despair."

Tickets for the Philadelphia dates on Jan. 27 and Jan. 28 will go on sale along with the rest of the tour on July 23.