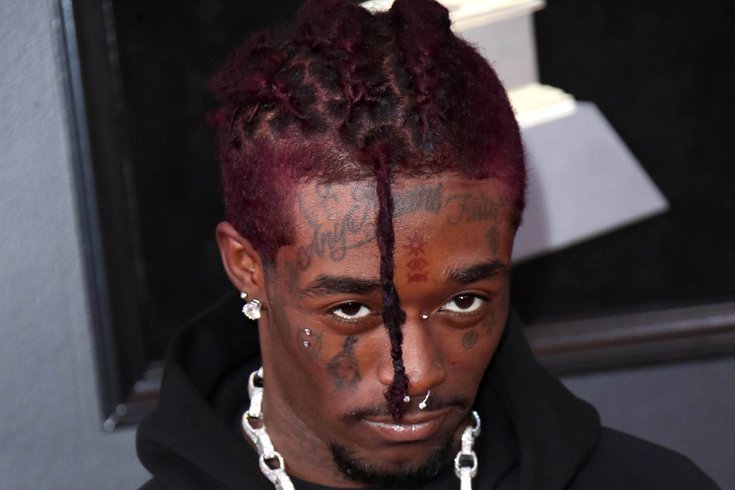 Rapper and Philadelphia native Lil Uzi Vert recently got a pink diamond embedded into his forehead. He revealed the face piercing on social media.

Philly rapper and style icon Lil Uzi Vert has taken another step to ensure his place in fashion history – by getting a giant pink diamond attached to his forehead this week.

The 10-carat diamond is supposedly worth $24 million, according to an Instagram Story shared by a friend of the rapper, CEO Slow. The 26-year-old Grammy-nominated rapper said it's the most expensive thing he's ever purchased.

Uzi shared he had been working on getting the diamond from high-end, New York jeweler Elliot Eliantte since 2017, but what he planned to do with it wasn't exactly clear until recently.

This week, he posted videos to his social media accounts that clearly showed the diamond located on his forehead. He captioned the Instagram video with "Beauty is pain."

A post shared by Marni Life( NO STYLIST)1600 (@liluzivert)

Some fans said the diamond looked off center, while others joked that the rose-colored gem is the rapper's homage to the 2006 film "Pink Panther," or that Uzi now looks like Vision, the superhero from the Marvel universe who has a forehead stone, too.

Fans also were curious as to how exactly the large diamond was staying on Uzi's face.

Vice and GQ talked to piercing experts who said it is likely attached to a dermal or surface piercing, which is executed by inserting a bar beneath the surface of the skin. That would mean Uzi's diamond is attached to that bar, not to Uzi himself.

The diamond is not at all the rapper's first piece of face jewelry, who appears to have several nose, lip, ear and other facial piercings. He also has tattoos on his face.

How many piercings does Lil Uzi Vert have? 🤔 pic.twitter.com/7YNzxdfZlW

Uzi also is not the first rapper to get gems attached to their body. He's one of several current artists to get such a piercing, including Cardi B, who had three small stones embedded in her chest. Unfortunately for her, the piercings were later "rejected," meaning they didn't heal appropriately and came out or were removed.