Meek Mill sits down with Trae Young, DJ Khaled, others on HBO's 'The Shop'

'I'm in the business of proving people wrong,' the Philly-born rapper says in the trailer for episode that airs Friday night 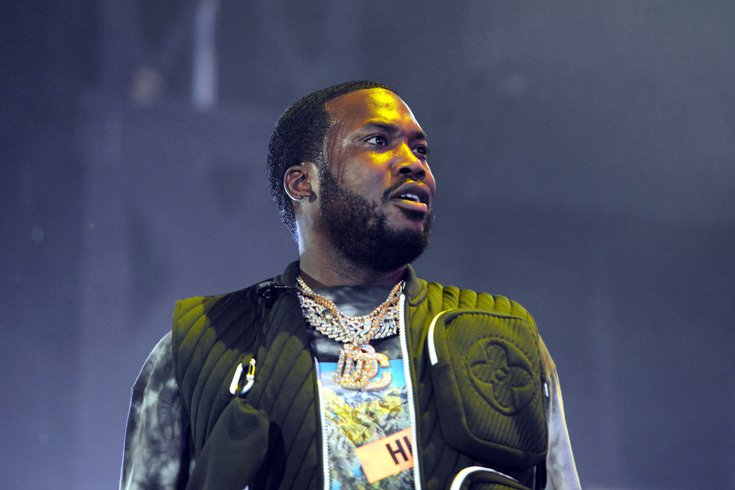 Meek Mill will appear on the episode of HBO's 'The Shop: Uninterrupted' airing Friday, July 30, 2021. The Philadelphia-born rapper will be part of a roundtable discussion with Trae Young of the Atlanta Hawks, DJ Khaled, journalist Jemele Hill and others.

Meek Mill may have a bone to pick with one of the panelists who will be joining him on the latest star-studded episode of HBO's talk show "The Shop: Uninterrupted."

A little more than a month after the Atlanta Hawks eliminated his beloved Sixers from the NBA Playoffs, the Philly-born Mill sat down with All-Star Trae Young for a roundtable discussion that airs at 9 p.m. Friday on HBO.

"When I started out the series, everybody was doubting us," Young says in a trailer for the episode. "I've always understood that my game can do the most talking."

Mill and the Hawks' guard will also be joined by DJ Khaled, Chase Young of the Washington Football Team and journalist Jemele Hill. According to a news release from HBO, the group will discuss "competing against your idols, dealing with conflict, creating leverage" and the recent change in NCAA policy allowing college athletes to profit off their name, image and likeness

Executive produced by LeBron James and hosted by businessman Maverick Carter, "The Shop" brings together celebrities across sports, music and entertainment for free-flowing conversations inside a barbershop. Mill previously appeared on the show in March 2019 alongside Antonio Brown, Jerrod Carmichael, 2 Chainz, Anthony Davis and Jamie Foxx.

"When people tell me 'No,' I'm like in the business of proving people wrong," Mill says in the trailer for Friday's episode.

Born Robert Rihmeek Williams, Mill has become an advocate for criminal justice reform since his release from prison in 2018. He co-founded the nonprofit organization REFORM Alliance and in a special episode of "The Shop" joined others in calling for the United States to pass the George Floyd Justice in Policing Act.

"The Shop: Uninterrupted" can also be streamed on HBO Max. Check out the trailer for Friday's episode below.