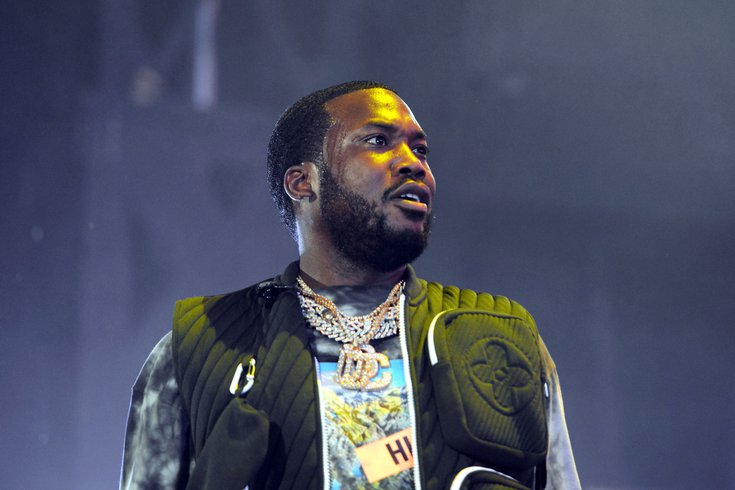 Meek Mill freestyles over the original instrumental in his version of Drake's 'Lemon Pepper Freestyle.'

Meek Mill released his own take on Drake's hit, "Lemon Pepper Freestyle," on Friday — and the video already has surpassed the original in YouTube popularity.

The rapper's video shows him freestyling over the song's instrumental and shopping for jewelry in his native Philadelphia. In addition to several nighttime shots of the city's skyline, the video also pays homage to Philly by showing the rapper riding dirt bikes with his friends.

Within three days of its release, Mill's video already has more views on YouTube — over 2 million — than Drake's official music video for the song, which has nearly 200,000 views since being released March 5.

Drake included "Lemon Pepper Freestyle," which features Rick Ross, on "Scary Hours 2," a three-song EP that he dropped with just a day's notice. The song has more than 55 million plays on Spotify.

Mill's take on the song is not available on Spotify. Watch his video below:

Mill's video was directed by CartersVision and made with Dream Chasers Records, the label Mill founded and named after his 2011 mixtape "Dreamchasers."

For a cover of "Lemon Pepper Freestyle" that features even more Philly footage, head over to Kur's YouTube channel. The Philly rapper released his own music video of the song and it includes plenty of familiar shots of the city.

Mill even gave the video a shoutout on his Instagram page before releasing his own version.

Mill has released a pair of singles this year — "That Go!" and "Conga." Last year, he released a four-song EP, dubbed "Quarantine Pack," and three other singles — "Otherside of America," "Believe," and "Letter To Nipsey." His last album, "Championships," came in 2018.