The Wells Fargo Center will begin selling tickets next week 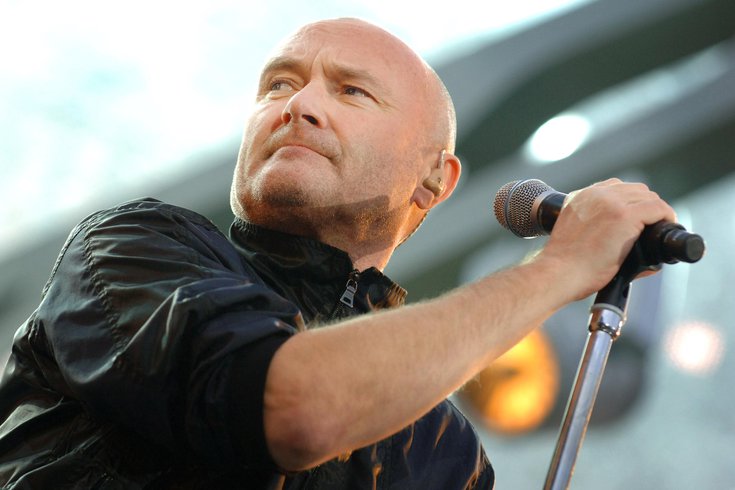 Genesis will bring 'The Last Domino?' tour to the Wells Fargo Center on Dec. 2. Above, singer Phil Collins performs in London in 2007 — the last time the band toured.

Genesis is among the first major bands to announce a nationwide tour in the United States after the COVID-19 pandemic canceled shows.

The British rock band is returning to the Wells Fargo Center for the first time since a three-night stand at the venue — then known as the Wachovia Center — in September 2007.

"The Last Domino?" tour arrives in Philadelphia on Dec. 2.

Tickets will go on pre-sale Wednesday for fans that pre-register online. Ticket sales will open to the general public Friday on the Wells Fargo Center's website.

The band got back together last year after a brief split. Phil Collins will join band members Tony Banks and Mike Rutherford for the upcoming reunion tour, which kicks off Nov. 15 in Chicago. Founding member Peter Gabriel and former lead guitarist Steve Hackett will not tour with the band.

Genesis last toured 14 years ago. The band's "Turn It On Again: The Tour, sold out stadiums and arenas worldwide, Patch reported. Genesis mostly performed songs featured on a greatest hits album that had been re-released with additional tracks to promote the tour.

In Philly, Genesis played the exact same set at each of its three shows, opening with "Behind the Lines" and "Duke's End," both off the 1980 album "Duke." The encores included "I Can't Dance" and "The Carpet Crawlers."

Here's a video of the band opening its last show in Philadelphia:

Genesis has sold more than 100 million albums and is known for the hits, "InvisibleTouch," "In Too Deep," and "Turn It On Again." The band was inducted into the Rock & Roll Hall of Fame in 2010.

Earlier this month, country star Eric Church announced he will perform at the Wells Fargo Center on Oct. 9. The venue also is selling tickets for a Justin Bieber concert July 11. Other upcoming fall concerts include My Chemical Romance, Dan + Shay, Harry Styles and Enrique Iglesias and Ricky Martin.

Philadelphia's health regulations currently limit the arena's capacity to 20% occupancy, but that is slated to increase to 25% next week.