By Brooks Holton
PhillyVoice Staff
Music The War On Drugs 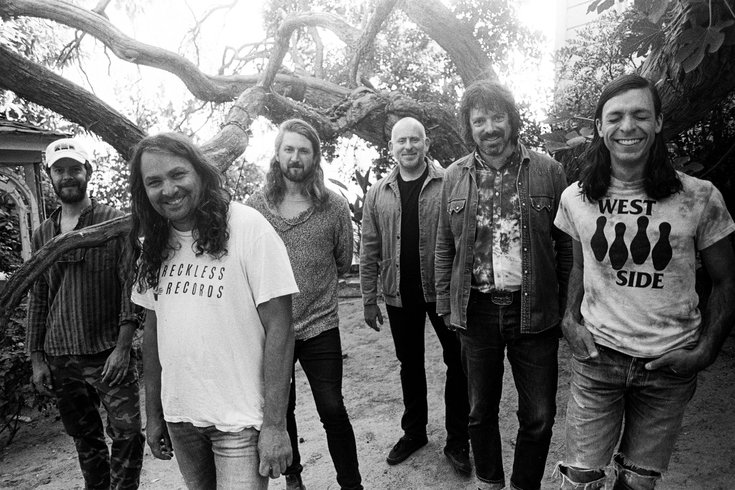 Philadelphia's The War on Drugs released the title track from their upcoming album, 'I Don't Live Here Anymore,' on Wednesday, Sept. 15, 2021. The song features guest vocals from Lucius and a music video directed by Emmett Malloy.

We're nearing the home stretch of a four-year wait on a new album from The War on Drugs. To whet fans' appetites as their Oct. 29 release date approaches, the band on Wednesday dropped the project's title track, "I Don't Live Here Anymore," and an accompanying music video.

In both its production and lyrics, "I Don't Live Here Anymore" builds off the momentum laid by the album's opener, "Living Proof," a quiet meditation on moving, returning, escaping and the pain we attach to important places in our lives. Frontman Adam Granduciel, co-producer Shawn Everett and company opt for uptempo, cinematic guitar riffs, vibrant synths and backing vocals from guests Lucius to convey a struggle for redemption in the face of despair.

"I was lying in my bed, a creature void of form / Been so afraid of everything, I need a chance to be reborn," Granduciel sings to open the track.

"Is life just dying in slow motion / Or getting stronger everyday?" he later wonders before being joined by Lucius for the song's bleak but eerily hopeful closing refrain: "We’re all just walkin’ through this darkness on our own."

The music video for "I Don't Live Here Anymore" was filmed in Los Angeles under the direction of Emmett Malloy. From black-and-white shots of Granduciel strumming his guitar on the beach to scenes of the Philadelphia band rocking out Beatles style on a rooftop with the L.A. skyline as their backdrop, the visuals pay homage to classic rock 'n' roll videos of the past. Watch the video below.

According to Atlantic Records, The War On Drugs recorded "I Don't Live Here Anymore" at seven different studios over the past three years, including Electric Lady in New York and Sound City in Los Angeles. The band describes the 10-track project as "uncommon" and an "an expression of rock ’n’ roll’s power to translate our own experience into songs we can share and words that direct our gaze toward the possibility of what is to come."

The War On Drugs will take "I Don't Live Here Anymore" to venues across the world in 2022, including two shows at The Met Philadelphia on Jan. 27 and 28. Tour tickets are available now. The band also recently performed "Living Proof" to kick off a new season of "The Late Show with Stephen Colbert."