Adam Granduciel and company hadn't performed together in person in nearly two years. They played 'Living Proof' from their upcoming album 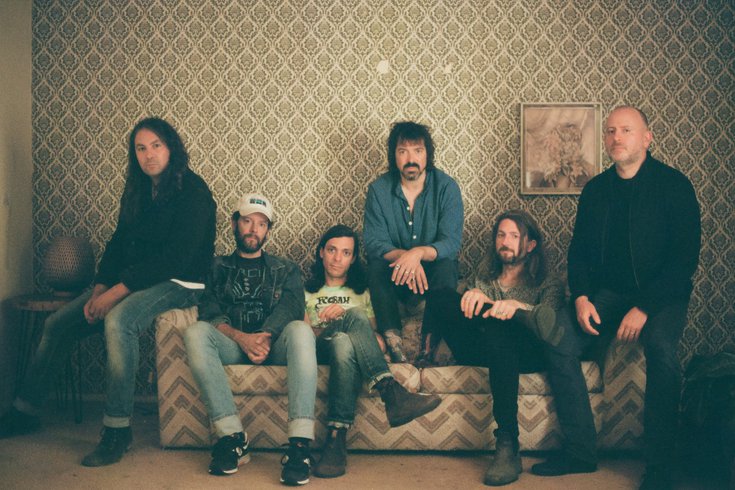 The War On Drugs was the musical guest on the season premiere of 'The Late Show with Stephen Colbert' on Tuesday night. The Philly-based band remotely performed 'Living Proof,' the first single from the their new album 'I Don't Live Here Anymore.'

The War On Drugs kicked off the new season of "The Late Show with Stephen Colbert" on Tuesday night with a performance of their newest song, "Living Proof."

Due to the COVID-19 pandemic, The War On Drugs didn't take the stage at New York City's Ed Sullivan Theater. Instead, the show aired a taped performance from Boulevard Recording Studio in Los Angeles. Recording the video for Colbert marked the first time frontman Adam Granduciel and company had seen one another in person in nearly two years.

The intimate performance matches the tone of "Living Proof," Granduciel's quiet meditation on moving, returning, escaping and the pain we attach to important places in our lives. The Philadelphia-based band  released the song in July as the lead single from their upcoming album, "I Don't Live Here Anymore," the follow up to their 2017 Grammy-winning project, "A Deeper Understanding."

According to Atlantic Records, The War On Drugs recorded "I Don't Live Here Anymore" at seven different studios over the past three years, including Electric Lady in New York and Sound City in Los Angeles. The band describes the 10-track project as "an uncommon rock album about one of our most common but daunting processes – resilience in the face of despair – and an expression of rock ’n’ roll’s power to translate our own experience into songs we can share and words that direct our gaze toward the possibility of what is to come."

"I Don't Live Here Anymore" will be released Oct. 29 via Atlantic Records. The War On Drugs will then hit the road in 2022, with two concerts at The Met Philadelphia on Jan. 27 and 28. Tour tickets are available now.

Watch the band perform "Living Proof" on "The Late Show With Stephen Colbert" below.