Chef Chutatip 'Nok' Suntaranon is partnering with Defined Hospitality, which operates the nearby Suraya, on the expansion 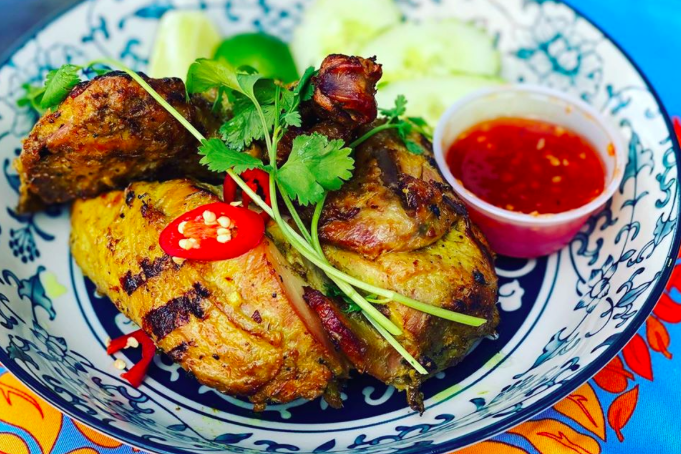 The team behind Philadelphia's award-winning Thai restaurant Kalaya is planning to open a second location in Fishtown. Chef Chutatip 'Nok' Suntaranon is partnering with Defined Hospitality on the expansion project, which promises to seat more people than the original Bella Vista restaurant and offer a full bar.

Chef Chutatip "Nok" Suntaranon hit a home run in 2019 when she opened Kalaya Thai Kitchen in a small storefront at Ninth and Catharine streets in Bella Vista.

Touting simplistic but flavorful dishes that highlight a keen attention to detail, the BYOB was a finalist for the James Beard Foundation's Best New Restaurant Award in 2020 and was named the best new restaurant in the country by Esquire.

Now, Suntaranon is bringing her award-winning menu to Fishtown — in a big way.

A second Kalaya is in the works on Palmer Street, between Front Street and Frankford Avenue, through a partnership between Suntaranon and Defined Hospitality, which operates the nearby Suraya ​​Lebanese cafe, Pizzeria Beddia, R&D Cocktail Bar and more.

Slated for a summer 2022 grand opening at an old warehouse near Palmer Park, Kalaya's Fishtown outpost plans to seat more than 160 guests daily with a mix of indoor and outdoor dining. Unlike the original Bella Vista location, the Kalaya in Fishtown will boast a liquor license and a full bar to boot.

Suntaranon said the collaboration with Defined Hospitality's Greg Root, who along with partners Al Lucas and Nick Kennedy will be co-owners of Kalaya's second location, has been years in the making.

"Greg Root was always there for me since the beginning when I opened Kalaya," she said. "When Suraya opened in 2016, I was working on catering events and making desserts, and I told Greg that I was going to open a restaurant. Now, the team behind Kalaya and Defined Hospitality are coming together to create something truly great." 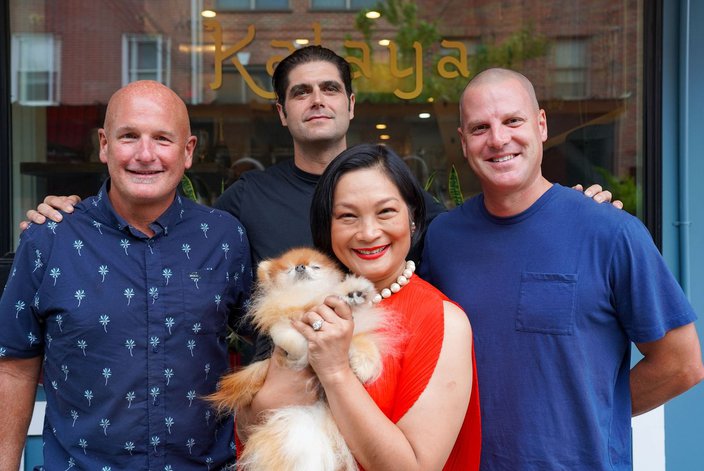 Kalaya owner and chef Chutatip 'Nok' Suntaranon and her dog are joined by the owners of Defined Hospitality. From left: Al Lucas, Nick Kennedy and Greg Root.

Suntaranon and Root's friendship dates back to 2007, when her husband, Ziv, was a regular at a University City restaurant where Root was working as its general manager. The couples met up when their paths crossed in Bangkok and became fast friends, according to Root.


"Nok ran an Italian restaurant in Thailand at the time, and her food was simply incredible," he said. "I knew she was a special chef and person from the moment we met. Our relationship blossomed from there. We had shared interests. We all became super friendly, and we all ran the gamut after that."

Suntaranon said her team and Defined Hospitality will pool together resources to get the Kalaya expansion project off the ground, with Kennedy working "closely with my team to create this kitchen." The second restaurant is still in the design phase, according to the Inquirer.

"We're going to have a lot of greenery and natural light in there," Suntaranon told the newspaper.

Dubbing Kalaya the best new restaurant in America in 2020, Esquire said it is "the restaurant that every food writer — hell, every food lover — dreams of walking into someday.

"Even in a city with arguably the most exciting food scene in the United States, Kalaya leaves the competition in the dust. Drive a thousand miles if you have to. Just go."