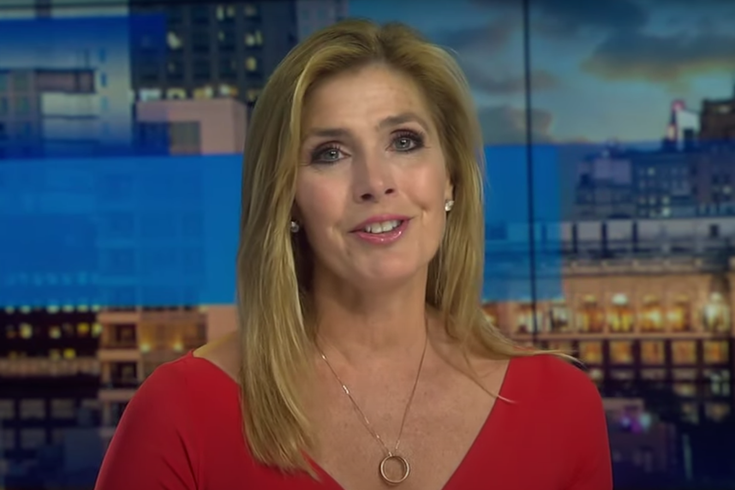 Karen Rogers has been named meteorologist for 6ABC's weekday morning news broadcasts. Previously the weather and traffic anchor for 'Action News Mornings,' Rogers fills the spot of David Murphy, who retired last week after 31 years with the station. Rogers has been a part of the morning news program since 2005.

6ABC is turning to a familiar face to replace recently retired meteorologist David Murphy and give the weather forecasts during the station's popular morning news broadcasts.

Karen Rogers has been named the meteorologist for "Action News Mornings," which airs from 4-7 a.m., Mondays through Fridays, the station said Tuesday.

"Doing a job that I love means so much," Rogers said during Tuesday morning's broadcast. "I don't know if the viewers, everyone out there, realize how much it means to us that you invite us into your homes. The morning is such an intimate time, and we're sharing coffee with you in the mornings, and I don't take that lightly."

Murphy, who started at 6ABC as general assignment reporter before becoming a meteorologist, retired last week after 31 years at the station. He praised the selection of Rogers to be his successor.

"You are absolutely the best pick for this position," Murphy said. "I'm happy not only for you, but for the viewers because of your dedication and your strong desire to always do things the right way."

Rogers, who recently celebrated her 25th anniversary with the station, is also known for her roles in 6ABC's coverage of Philadelphia's Thanksgiving and Fourth of July parades. She also co-hosts the station's weekly entertainment show "FYI Philly."

Born and raised in South Jersey, Rogers said she grew up watching "Action News." She graduated from Rutgers University with degrees in communication and sociology. Rogers was the valedictorian of her communication class and class speaker at her commencement. She also studied at the American Meteorological Society and holds a certificate in Broadcast Meteorology from Mississippi State University.

Rogers briefly worked at WHSP-TV in Vineland, where she anchored daily news reports and hosted both weekly and monthly talk shows.