Kevin Hart teaming up with Mark Wahlberg for upcoming Netflix movie, 'Me Time'

'This is going to EPIC!!!!!' Hart said of collaborating with Wahlberg for the first time in their careers 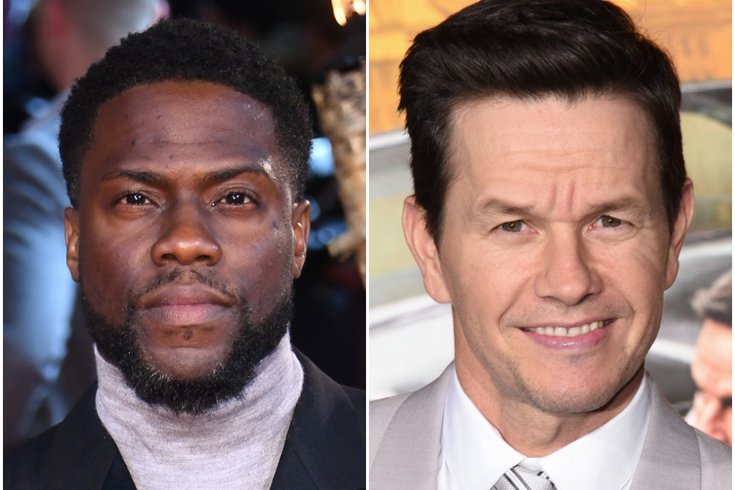 Kevin Hart and Mark Wahlberg will star opposite each other in an upcoming Netflix movie called "Me Time."

Kevin Hart summed up working with Mark Wahlberg for the first time in their careers with one word and five exclamation points: "EPIC!!!!!"

Hart, a Philly native, and Wahlberg, who once played former Philadelphia Eagle Vince Papale in a Disney movie, will star opposite each other in the upcoming film "Me Time," a comedy that will be available to stream on Netflix. "Me Time" was written by John Hamburg, who collaborated with Hart on 2018's "Night School," and will also feature Regina Hall of "Nine Perfect Strangers" fame, Deadline reports.

According to What's On Netflix, "Me Time" casts Hart as Sonny, a stay-at-home dad who gets some much-needed time to himself while his wife and kids are away. That's where Wahlberg comes in as Huck, Sonny's former best friend. Deadline says the duo reconnects for a wild weekend that nearly upends Sonny's life.

Production Weekly reports that Hart and Wahlberg began filming "Me Time" in late August under Hamburg's direction. The project is scheduled to wrap by the end of October, so What's On Netflix speculates it will be released on the streaming platform in the spring or summer of 2022.

"Me Time" is part of a contract between Netflix and Hart's HartBeat Productions. The streaming giant will be the exclusive home to four feature films starring and produced by the Philly native, whose previous movies have grossed more than $4 billion at the global box office, according to Deadline.

"He’s a hands-on producer and it’s been great to watch him build an incredible company with HartBeat," Netflix's head of original films, Scott Stuber, told Deadline in January. "There are very few artists who can attract audiences of all ages and succeed in making comedies, dramas and family films. We’re excited to partner with Kevin, and his great team at Hartbeat, to entertain our audience for years to come."

Hart will also appear on the upcoming season of ABC's "Shark Tank" as a guest shark.