The North Philly native will evaluate pitches from entrepreneurs alongside Kevin O'Leary, Mark Cuban and company 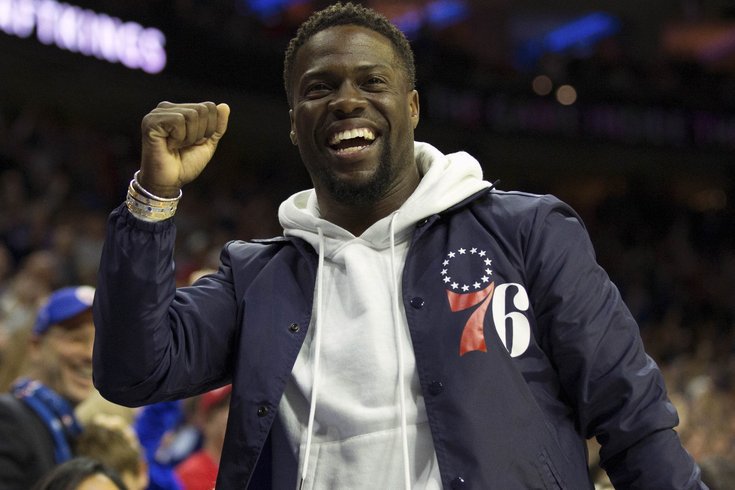 Hart, a North Philly native, will be a guest shark during the show's 13th season, which premieres in October. He will join mainstay sharks Mark Cuban, Barbara Corcoran, Lori Greiner, Robert Herjavec, Daymond John and Kevin O’Leary in evaluating pitches from budding entrepreneurs who are hoping to score investments in their companies or products.

Hart could add some comedic relief to what is often a show of intense back-and-forth business negotiations, but perhaps he'll be out for blood, too.

"Look out, there's a new shark in the water," the Philadelphia native wrote on Instagram.

In addition to his massive stand-up comedy and acting careers, Hart has launched two companies, HartBeat Productions and Laugh Out Loud. The latter went viral this summer for its Peacock series "Olympic Highlights with Kevin Hart and Snoop Dogg," which, you guessed it, features Hart and Snoop recapping the Summer Games. Yes, it's as great as it sounds.

Hart is also an avid investor. In March, he took an equity stake in the supplement company Nutrabolt, which is known for its C4 pre-workout powders and beverages. Speaking with CNBC about the deal, Hart said he hopes to inspire Black people to pursue opportunities in the business world.

"When you talk about us as Black men, we don’t get the world of business and money taught to us," he added. "It’s something that has to be figured out. It’s not in our public school systems. It’s not in our neighborhoods. Financial education just isn’t given to us."

The 13th season of "Shark Tank" premieres at 8 p.m. on Oct. 8 on ABC. What can you do until then? Well, the Emmy-winning reality series is available to stream on Hulu. Or you can watch Hart's new talk show on Peacock, "Hart to Heart," which recently sent the internet into a frenzy over Hart's awkward exchange with Don Cheadle.