The 15th season of 'Always Sunny' will 'be our best in many years,' Glenn Howerton says 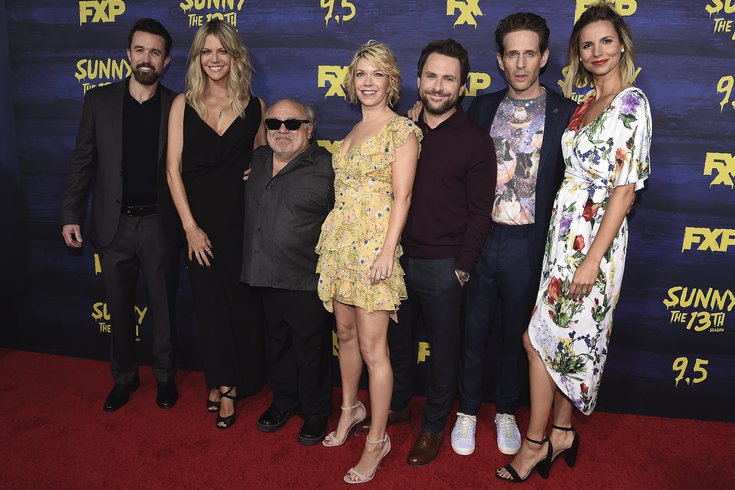 The 15th season of 'It's Always Sunny in Philadelphia' has been delayed due to the COVID-19 pandemic. A premiere date has not been announced.

It's been two years since the most recent season of "It's Always Sunny in Philadelphia," and fans are eagerly awaiting for The Gang's much-anticipated return to FXX.

Actor Glenn Howerton, who stars as Dennis Reynolds, shared his excitement for the 15th season during an appearance Wednesday on "Late Night with Seth Meyers."

"I think I can honestly say this season of 'Sunny' is probably going to be our best in many years," Howerton told Meyers.

Howerton didn't serve as a writer during the previous two seasons, but he said that made him feel more fresh when writing episodes for the upcoming season. He admitted that generating new ideas for the sitcom can be quite difficult after 14 seasons.

Still, it doesn't appear the show will lack hysterical storylines in future episodes.

Howerton, Rob McElhenney and Charlie Day spent much of the COVID-19 pandemic writing scripts for the upcoming season, which is expected to include the public health crisis and political themes from the past year.

The show's stars have teased photos for the upcoming season in recent months, with McElhenney standing outside of the Paddy's Pub set.

McElhenney also posted a clip of him holding a copy of the script for the first episode, dubbed "2020: A Year in Review." The clip showed McElhenney dressed in mock riot gear while standing in Paddy's Pub and nodding his head to a rendition of the "Sesame Street" theme song "Sunny Days."

"It's Always Sunny in Philadelphia" also could be going international, as a "Danny DeVito double" was sought for a casting call in Dublin, Ireland last month.

A premiere date for the new season has not been announced.