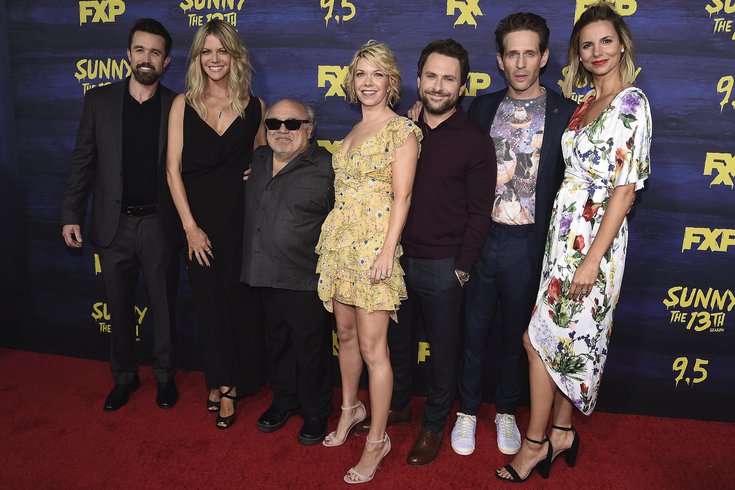 "It's Always Sunny in Philadelphia" will deal with themes surrounding the coronavirus pandemic when the show returns for its 15th season on FXX, series creator Rob McElhenney said.

With television and film production largely halted by the coronavirus pandemic, it's hard to imagine a world in which themes of the current crisis don't become a common feature of future narratives.

"It's Always Sunny in Philadelphia" normally would be gearing up for a fall release of another season — the show's 15th — but progress on that front has been slowed by restrictions.

Rob McElhenney, the show's co-creator, confirmed over the weekend that the next season of "Always Sunny" will deal directly with the pandemic.

In an interview with the NME, McElhenney recalled a previous episode from Season 9, "The Gang Gets Quarantined," that handled similar issues.

“Well, we actually do have an episode called ‘The Gang Gets Quarantined’ where we quarantine ourselves in the bar," McElhenney said. "I think there’s a big flu going around Philadelphia or something like that. When we come back, don’t worry, we will address all this in the way only Sunny can!”

Last month, McElhenney revealed that he and co-writers Charlie Day and Glenn Howerton were already writing episodes for Season 15 while in quarantine. It appears their situation is influencing their writing.

McElhenney also told the NME that he has no intention of calling it quits on "It's Always Sunny in Philadelphia" so long as the show is still working.

“How many years do I have on this planet? I’ll do it forever,” McElhenney said. “If people keep watching it and we keep having fun, why would we ever stop? It’s my dream job. I never understand why people leave shows. I don’t. I never understand that. The show is what I dreamed of doing my entire life. I don’t take it for granted. And if they keep paying me and the audience keeps watching it and I still love it, why would I ever stop?”