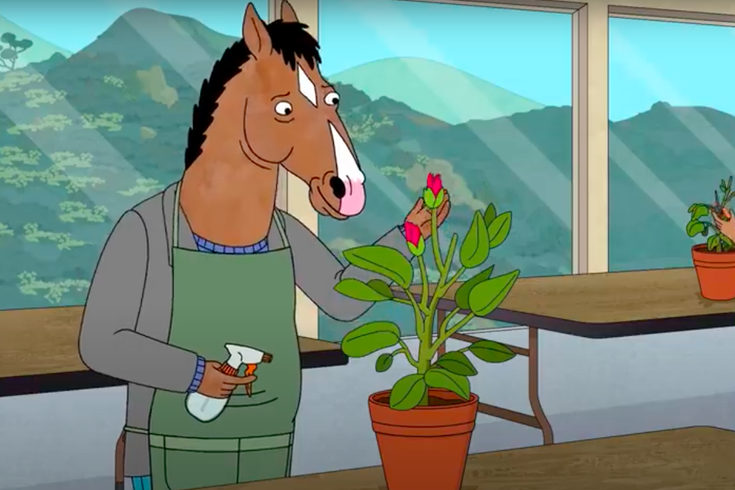 Will Arnett stars as Bojack Horseman on Netflix.

So far, we've taken a look at two shows (Seinfeld, The Simpsons) who can lay claim as the best in their respective field. Today, we examine a contender for the best show of the streaming-only era, Netflix's Bojack Horseman.

It was good pretty much immediately. In the second episode, 'Bojack Hates the Troops' mocks faux patriotism and cable news with a battle between Bojack and Neal McBeal the Navy SEAL. Yes, he is actually a seal.

The tone and themes of the show change some over time, but it really never stops being good. 'The View From Halfway Down,' the penultimate episode of the show's final season, is one of the very best from the show's six-year run.

Bojack Horseman is, at a minimum, one of the best comedies of the last decade and very easily one of the best pieces of content Netflix has produced since the company began producing original content. Do not let the cartoon packaging dissuade you if you don't typically watch animated series — it has been called one of the great comedies of all-time by critics and fans of all sorts.

Featuring an A+ cast of voice actors (including but not limited to Will Arnett, Aaron Paul and Alison Brie in prominent roles), Bojack Horseman is an uproarious, surprisingly tense show about a washed-up former sitcom star looking to turn his life around. Years after his star-making show Horsin' Around goes off the air, Bojack is an overweight alcoholic trying to get through everyday life by hiding his vulnerabilities with an icy exterior.

Unlike many other animated shows (and sitcoms for that matter), Bojack Horseman has intricate, ongoing storylines that carry on throughout the show, so viewers receive a payoff for binging, rather than watching stray episodes a la something like Seinfeld. It will make you laugh, it may make you cry, and it will often inspire both within the span of a 25-minute episode.

All six seasons are available exclusively on Netflix. 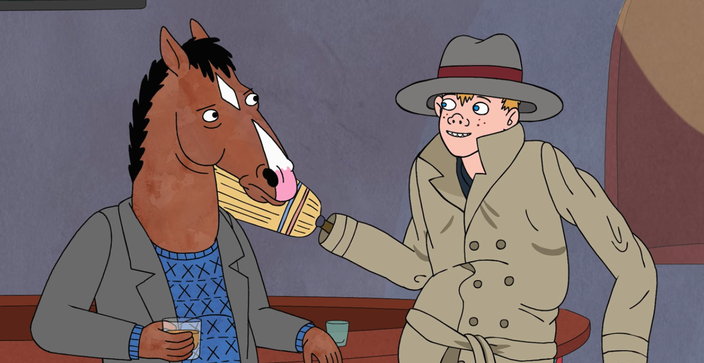 There are episodes early in Season 1 that showed the promise (and absurdity) of a comedy about a horse who happens to be a former sitcom actor with a substance-abuse problem. But for new watchers, 'Horse Majeure' is a good primer on many of the concepts and characters that drive early seasons of the show, and it accomplishes that without viewers needing to know the broader plot points of the show just yet.

The basic plot of the episode is simple. Bojack makes an awkward romantic advance toward Diane, the woman writing his biography, and he decides to attempt to sabotage her future marriage to Mr. Peanut Butter, the show's lovable idiot and Bojack's frenemy. Rather than trying to accomplish this with an honest expression of his feelings, which is a struggle for the titular character throughout the show, Bojack cycles through several elaborate schemes involving some of the show's most memorable side characters.

You get a taste of everything the major players have to offer: Bojack's self-centered nature and caustic attitude, Mr. Peanut Butter's simplistic, happy-go-lucky approach to life, Todd's propensity for getting into harebrained schemes, and the tonal shifting that becomes a feature of the show over time.

Two critical side characters also get involved: Vincent Adultman and character actress Margo Martindale. The former is one of the best running gags on the show and gets his introduction on 'Horse Majeure,' so this feels like the perfect starting point.

'Fish Out of Water' 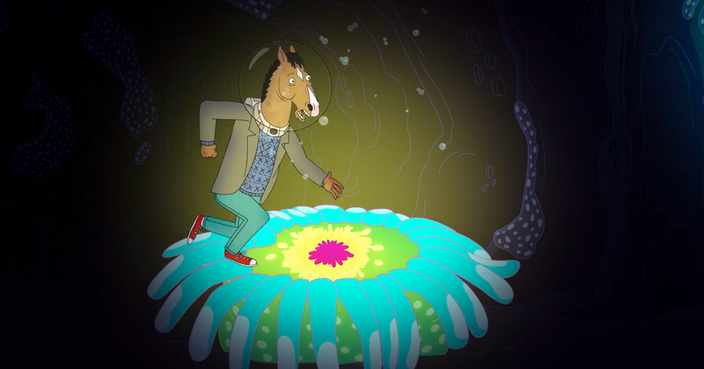 As part of the promotional run for his starring role in Secretariat, Bojack hops on a submarine to head to the Pacific Ocean Film Festival, where his movie is set to premiere. They're not able to go to Cannes, either because he insulted French philosopher Jean-Paul Sartre or said French people smell, and Sundance is not an option because of a longstanding feud with Robert Redford over 1998's The Horse Whisperer. Under the sea is the best they can do.

All of that exposition, by the way, takes place in the first minute of the show. After the opening credits roll, our protagonist is submerged and unable to communicate except through gestures, one of which he botches badly enough to draw the ire of the underwater press. The story is told with no dialogue (unless you consider warbled, underwater speech "dialogue") and we follow Bojack on a beautiful journey that shows his tender side with nothing more than action and music.

For new watchers, 'Fish Out of Water' accomplishes several things at once. You get to know another side of Bojack beyond the wise-cracking and substance abuse, it's almost completely self-contained so you don't spoil any broader plot points, and most importantly, it is a snapshot of the show's willingness to experiment.

This isn't like any other episode in the show, and you can say that about a number of other episodes throughout its run, with Bojack Horseman touching on issues as serious as dementia, death, and family-related trauma, often in ways that will surprise and entertain you. 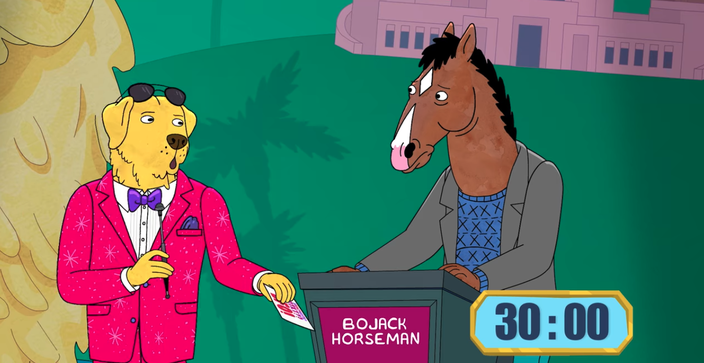 J.D. Salinger, recluse and author of The Catcher in the Rye, emerges from anonymity in Season 2 with what he believes is the next big idea in entertainment: a celebrity quiz show. Certain he has a hit on his hands, "Hollywoo* Stars and Celebrities: What Do They Know? Do They Know Things?? Let's Find Out!" is inexplicably greenlit and brought to air with a familiar face hosting.

*Yes, it is Hollywoo, not Hollywood, in the Bojack Horseman universe, for reasons you will have to watch the show to understand.

As a standalone episode, it is a combination of all the things that make Bojack Horseman such a riot. Terrific sight gags, gratuitous flashbacks, great writing, and a scathing takedown of real-life Hollywood is managed even while juggling contributions from several prominent guest stars. 'Let's Find Out' is purposefully over-the-top while also containing substantive critique of things like second-screen culture.

But there's another reason 'Let's Find Out' makes our list of three — it provides the sting and follow-up from 'Horse Majeure,' a full season later and in an uncharacteristic burst of anger from Mr. Peanut Butter, the dog who typically serves as Bojack's counter-balance. Residual anger from advances made toward his wife finally bubble over, and it leads to a brutally honest confession from the titular character about how fame and fortune aren't always enough.

If you're going to ride this show out to the end, it's important to understand that though the initial premise seems silly, there is a dark and serious undercurrent to the show about a cartoon horse. It reflects on the need to grapple with your past, how coping mechanisms alter our present and future, and it is decidedly not warm and fuzzy for the entire 77 episode run.

There are darker and more serious moments than those found in 'Let's Find Out.' But it is the perfect blend of humor and heart for our purposes, and helps close the loop we started in our first episode. If you're hooked now, fire it up from the beginning and enjoy the ride.

MORE: 'Solar Opposites' review: Does new show from 'Rick and Morty' creator stand on its own?