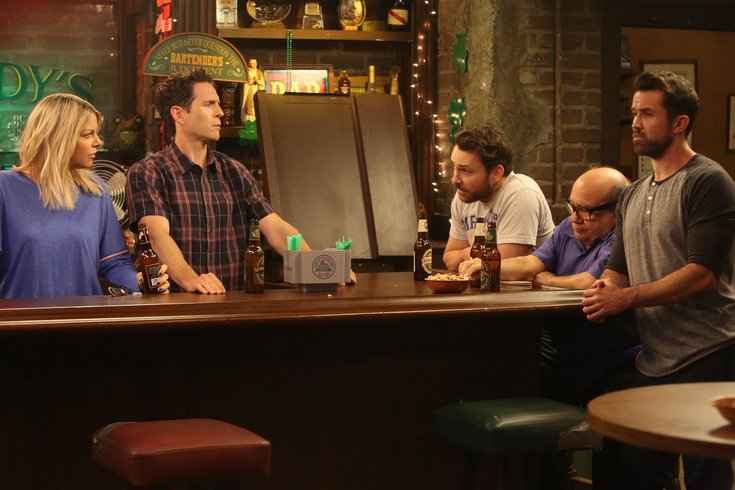 'It's Always Sunny in Philadelphia' is entering its 15th season as it plans a return from its pandemic hiatus.

It's hard to believe that the last new episode of "It's Always Sunny in Philadelphia" aired in Nov. 2019, seemingly an eternity ago under the warped perspective of the coronavirus pandemic.

Series co-creator Rob McElhenney, busy with his Apple TV series "Mythic Quest," has dropped hints that the 15th season of "It's Always Sunny" would deal with pandemic themes and all of the other "bull****" that came to define 2020.

But, for the first time, we now have a glimpse of early progress on the upcoming season. McElhenney was joined on set by Glenn Howerton and Charlie Day, who posted a stylized photo of the trio on Instagram. The #ongogablogian tacked on at the end is intriguing. Is this a work by Danny DeVito's beloved "awt collecta" alter ego? Is Ongo making a comeback?

McElhenney reposted Day's photo on his own Instagram, along with a few unfiltered pictures that have since been deleted, but were preserved by Screenrant.

None of this is especially revealing of what's in store, but it's an exciting reminder that the series is likely on its way to returning by the end of the year, making it the longest-running live-action sitcom in American TV history. And after a long gap caused by the pandemic, it's comforting to know that FXX has "It's Always Sunny" locked in for at least four more seasons.

How the Gang will keep the show fresh at this stage of its run is a mystery. Since the cast has branched out to other projects over the years, they seem primed to take a loose and screwball approach to what may be the twilight years of "It's Always Sunny in Philadelphia."

As McElhenney put it, "getting real weird with it" is probably going to please the fans.