The show is set to become the longest-running, live action sitcom 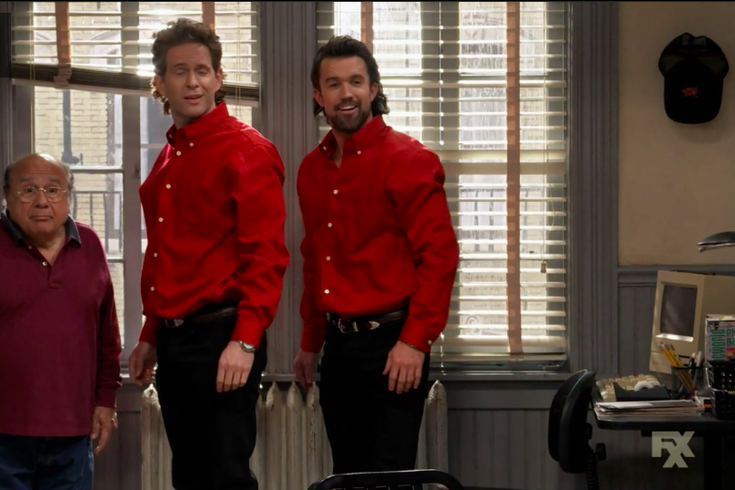 'It's Always Sunny in Philadelphia' was renewed for four more seasons, a deal that will give it an 18-season run. The 15th season debuts in 2021 on FXX.

The gang is returning to Paddy's Pub for another four years.

"It's Always Sunny in Philadelphia" was renewed by FX for four more seasons Thursday, making it the longest-running, live-action sitcom in TV history.

The Philadelphia-centric show, which aired it 14th season last year, will bump "The Adventures of Ozzie and Harriet," from that title. "Ozzie and Harriet" ran for 14 seasons.

"It's Always Sunny" will run for at least 18 seasons, and the show's creators say they don't plan on stopping there. They have been open about keeping the show running as long as they can, according to the Hollywood Reporter.

The start of season 15 was delayed due to the pandemic-caused pause on TV production, but the show is slated to come back on FXX in 2021. It will be available for next-day streaming on Hulu.

Co-creator Rob McElhenney said he and co-writers Charlie Day and Glenn Howerton started writing episodes for Season 15 while during the lockdowns earlier this year. The season will deal directly with the pandemic.

"When we come back, don't you worry, we will address all this in the way only Sunny can!" McElhenney said in an interview with NME.

This is big news for a show that started out with a pilot shot on a home video camera nearly 20 years ago, Variety reported. The show has gained popularity over the years. Its 13th season had approximately 3 million viewers per episode in multi-platform viewing.

FX made the announcement during Disney Investor Day. A Facebook sharing the news generated nearly 30,000 likes and more than 4,000 comments and shares within hours.

The show was co-created by star McElhenney and is produced by Howerton, Day and McElhenney.