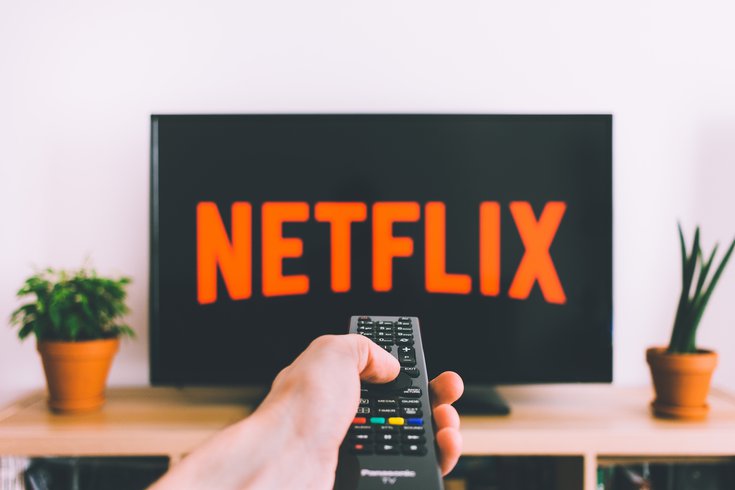 IMDb released its Top 10 TV Shows of 2020. While an Amazon Prime Video show took the No. 1 spot, Netflix dominates the list with seven series among the top 10.

Many of us spent 2020 on the couch, watching the latest additions available on our favorite streaming services.

Disney+ continued to grow during the coronavirus pandemic, as well, reaching more than 73 million subscribers as of Oct. 3. Hulu, which is owned by Disney, and Amazon Prime Video also are part of the top streaming services in the U.S., according to researchers.

People watched a lot of TV this year. But what exactly did they watch?

IMDb, a popular source for information related to films and television, provides some insight with its list of Top 10 TV Shows of 2020.

"This list is a ranking of the Top 10 TV shows in production during 2020 that were most consistently popular with IMDb users," states IMDb. "These rankings are not based upon critical assessments or Nielsen ratings, but on pageviews by our combined web and mobile audience of more than 200 million unique monthly visitors."

The historical drama follows the private and public lives of the royal family and is now on its fourth season, set in 1970s England. Starring Olivia Coleman, Gillian Anderson and Emma Corrin, the show has gained a significant following of loyal fans.

"The show's impeccable casting, rich period-appropriate costumes, and nuanced portrayal of the royal family's relationship with the outside world makes the show an impressive work of fiction, based on historical events," IMDb states.

The series is based on Andrzej Sapkowski's fantasy novel series, "The Witcher," and stars Henry Cavil as Geralt of Rivia. The show was on IMDb's MOVIEmeter Top 10 for seven weeks and had three of its cast members on IMDB's Top Stars and Breakout Stars of 2020 list.

The series was renewed for a second, eight episode season set to air in 2021.

The latest season of "Westworld" took the story outside the park walls and introduced new cast members Aaron Paul, Cincent Cassel, Lena Waithe and Pom Klementieff. This is the third year in a row that "Westworld" has made the Top 10 TV Shows list.

IMDb said its user interest stayed steady through some mixed reviews on the third season, keeping "Westworld" in the IMDb MOVIEmeter Top 10 for its entire eight-week run. It has been renewed for a fourth season.

The Netflix original series carried a lighter tone into its second season, without skimping on the drama or emotion, IMDb said.

The show is based on the comic book series by Gerard Way and Gabriel Bá. It stars Aidan Gallagher, Elliot Page, Robert Sheehan, Tom Hopper and Emmy Raver-Lampman. The third season of the series doesn't yet have a release date.

This limited series became the No. 1 title on IMDb and Netflix for nearly a month after it was released in October and placed Anya Taylor-Joy in IMDb's Top Stars of 2020 list.

The show takes place in the competitive world of chess in the 1960s and was described by IMDb as "thrilling, fashionable, relatable and cautionary."

The incredibly popular series was on the IMDb MOVIEmeter for its entire first and second season.

Season 2 brought Rosario Dawson and Katee Sackhoff bak as Ahsoka Tano and Bo-Katan Kryze, and brought back Boba Fett, Djarin and "The Child." Season 3's premiere has not yet been announced.

The show starring Jason Bateman, Laura Linney and Julia Garner brought its third season of money laundering drama to screens across the world. Garner earned a spot on IMDb's Top Stars of 2020 list and the show itself made the top 10 MOVIEmeter.

The show ended with a bang and was cleared for its fourth and final season to air 14 episodes in 2021.

The German series that's known for complex characters, timelines and realities delivered even more twists and turns in its third and final season.

The show stars Louis Hofmanna and Maja Schöne and is streaming on Netflix.

Created by Álex Pina, the series remained a top 10 show on IMDb for six consecutive weeks. The show is on its fourth season and left viewers with a major cliffhanger.

The superhero show was created by Eric Kripke and based on "The Boys" comic books by Garth Ennis and Darick Robertson. The story follows a team of vigilantes as they attempt to expose a superhero-managing conglomerate.

The show is still on IMDb's Top 20 Shows and will air its third season in 2021. Jensen Ackles of "Supernatural" will join the cast as Captain America-inspired "Soldier Boy."