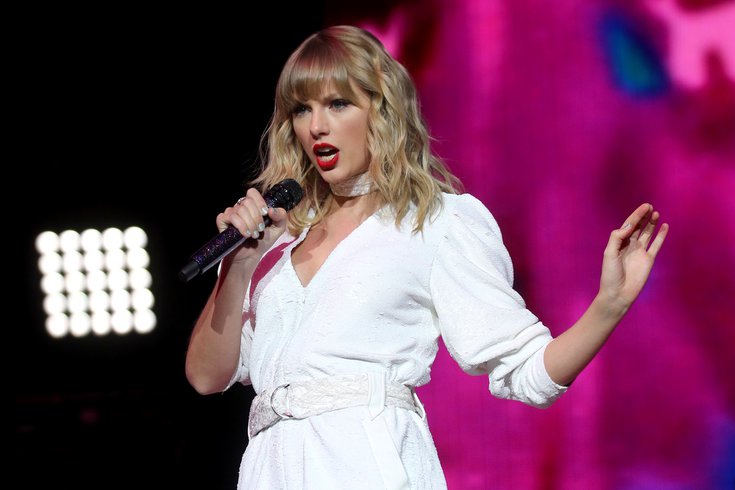 Taylor Swift shook the music world Thursday morning when she announced that her ninth studio album, "evermore," will be released at midnight Friday.

The surprise album comes on the heels of its sister record, "folklore," which the Berks County native also released in surprise fashion in July.

"To try and put it more poetically, it feels like we were standing on the edge of the folklorian woods and had a choice: to turn and go back or to travel further into the forest of this music," Swift tweeted. "We chose to wander deeper in."

I loved the escapism I found in these imaginary/not imaginary tales. I loved the ways you welcomed the dreamscapes and tragedies and epic tales of love lost and found into your lives. So I just kept writing them.

A music video for "willow," one of the new songs, also will be released at midnight Friday. Swift said she will answer questions during a YouTube chat before the release.

"Ever since I was 13, I’ve been excited about turning 31 because it’s my lucky number backwards, which is why I wanted to surprise you with this now," Swift tweeted. "You’ve all been so caring, supportive and thoughtful on my birthdays and so this time I thought I would give you something!"

The album is intended to provide comfort for people who cannot spend the holiday season with family and friends due to the COVID-19 pandemic, Swift said.

"I also know this holiday season will be a lonely one for most of us and if there are any of you out there who turn to music to cope with missing loved ones the way I do, this is for you," Swift tweeted.

The standard album has 15 songs, but the deluxe edition has two bonus tracks. Bon Iver, who collaborated with Swift for the hit song "exile" on "folklore," returns on the new album's title track.

"Evermore" can be preordered here and will be available on streaming services. All digital downloads of the album will include a booklet with 16 photos, Swift said.