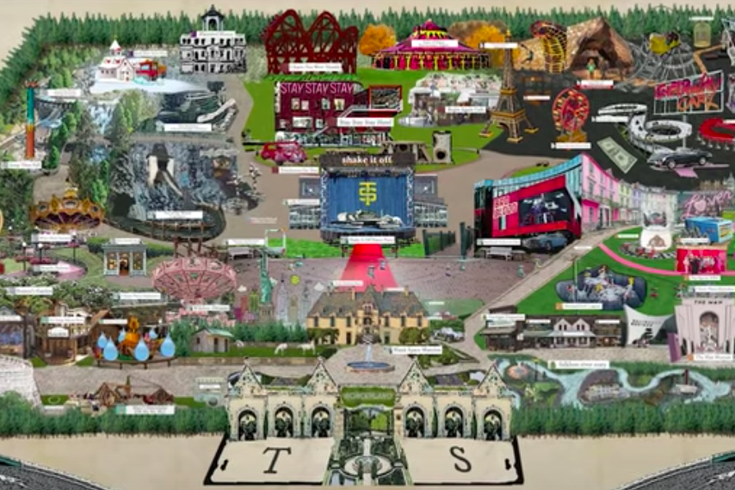 Taylor Swift fan Matthew Ables created his own amusement park inspired by the singer and shared the finished project on YouTube.

Taylor Swift spent her time during the coronavirus pandemic creating the surprise album "Folklore," which has been trending at No. 1 for weeks.

Matthew Ables, a fan of the singer-songwriter, also got creative during quarantine by designing an amusement park based on her music – and the results are pretty impressive.

While many of us were baking banana bread, both Swift and Ables proved we could have been doing much more during lockdown.

Ables published a video on YouTube of his theme park, called Wonderland, with more than 60 attractions inspired by Swifts song titles, lyrics, albums or music videos.

The park is named after a song from the album "1989" and at its center is the mansion from the "Blank Space" music video. There's also an "Out of the Woods" log flume attraction, a "Wildest Dreams" swing ride and a "Look What You Made Me Do" ride that takes visitors through every scene from the music video, which Ables considers the best ride in the park.

You really have to watch the YouTube video to get the full effect of how much work, time and attention to detail went into the making of Wonderland.

There's no word yet on if Swift has seen Ables' rendering, but we're sure she'd be pretty impressed by the fan-made masterpiece.

Maybe if Wonderland becomes a real thing it will be built in Swift's hometown in Pennsylvania. Dollywood is located in Dolly Parton's home state, so it wouldn't be unprecedented.

And we also can't help thinking about how all-out the park could go for the holidays. Swift grew up on a Christmas tree farm, after all.