The trailer for 'Class Action Park' was just released 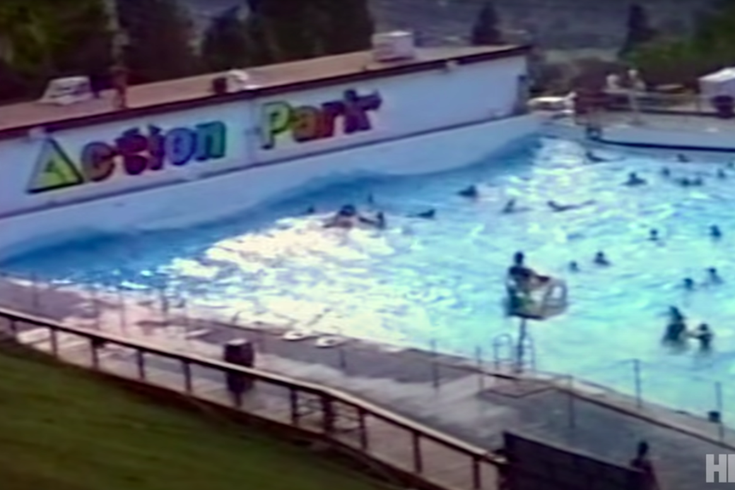 'Class Action Park' is a new documentary coming to HBO Max on Aug. 27 exploring the 'legend, legacy, and truth behind a place that long ago entered the realm of myth.' New Jersey's Action Park is often referred to as the world's most dangerous amusement park.

The newly released trailer for HBO Max's documentary "Class Action Park" opens with the line, "The story of Action Park is a true crime story."

The infamous amusement park in New Jersey opened in 1978. To some, it was a fun, exciting place to visit – but others lost their lives there. By 1987, five people had died as a result of incidents at the park.

"Nobody should ever be the second person to die in a wave pool. Close the f***ing wave pool," says comedian Chris Gethard in the trailer.

The new documentary includes interviews with former park employees, as well as park visitors, like Gethard.

Action Park is often referred to as the world's most dangerous amusement park. "Class Action Park," directed by Chris Charles Scott and Seth Porges, examines "the legend, legacy and truth behind a place that long ago entered the realm of myth," according to HBO Max.

It's set to debut on the streaming platform Thursday, Aug. 27.

The Vernon attraction was open for 18 years and there's a lingering curiosity about it.

Recently, a book from Andy Mulvihill, son of park owner Eugene Mulvihill, was published titled "Action Park: Fast Times, Wild Rides, and the Untold Story of America’s Most Dangerous Amusement Park." It's being adapted for a scripted TV show for Hulu.