This is the eighth studio album for the Berks County native 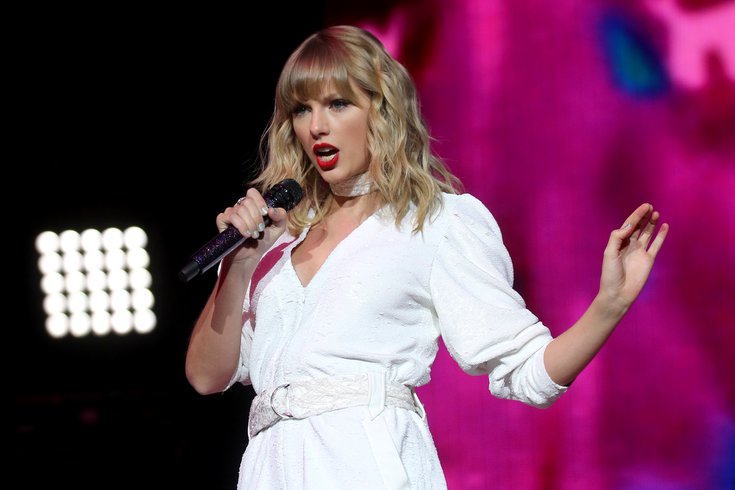 Surprise! Taylor Swift will release her eighth studio album 'Folklore' on Friday. The singer-songwriter collaborated with Bon Iver and Aaron Dessner (The National) on the new album she wrote and recorded entirely in insolation.

It's safe to say Taylor Swift didn't sit idle when the coronavirus pandemic canceled her summer plans. The singer-songwriter wrote and recorded a new album that dropped Friday at midnight — and it features some pretty impressive collaborations.

Additionally, songwriters William Bowery and Jack Antonoff also contributed to the album. The two previously worked with Swift on her last three albums: "1989," "Reputation," and "Lover."

"Before this year I probably would've overthought when to release this music at the 'perfect' time, but the times we're living in keep reminding me that nothing is guaranteed," Swift said on Thursday. "My gut is telling me that if you make something you love you should just put it out in tho the world. That's the side of uncertainty I can get on board with."

Surprise 🤗 Tonight at midnight I’ll be releasing my 8th studio album, folklore; an entire brand new album of songs I’ve poured all of my whims, dreams, fears, and musings into. Pre-order at https://t.co/zSHpnhUlLb pic.twitter.com/4ZVGy4l23b

Swift will kick off the album's release with the music video premiere of "Cardigan," which was written and directed by Swift.

The singer-songwriter also released eight deluxe CDs and eight deluxe vinyl sets in honor of her eighth studio album. The deluxe copies will feature a bonus track called "The Lakes," and each edition will have a unique cover, artwork and photos. It will only be available through her website.

Listen to the entire album below.