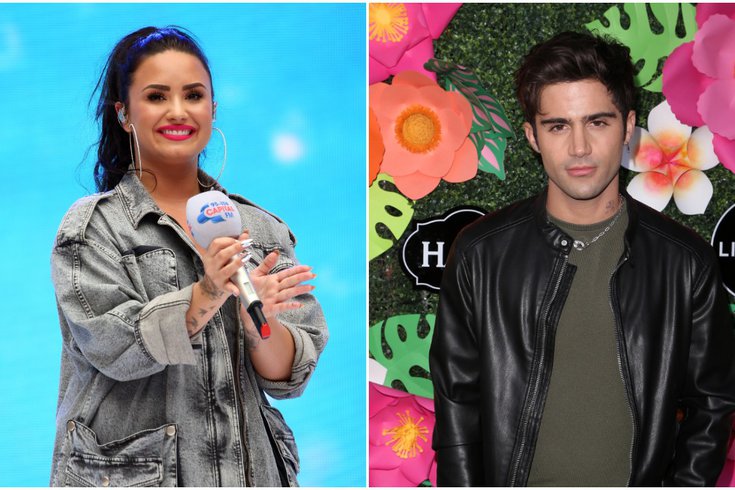 Actor and New Jersey native Max Ehrich popped the question to singer Demi Lovato — and she said yes! The happy couple announced their engagement on Instagram.

The "Sorry Not Sorry" singer told fans on Instagram that the former "Young and the Restless" actor had popped the question – and she said yes!

MORE: Malaysian restaurant Saté Kampar returns with another Philly pop-up | Surprise flower displays to pop up around Cape May this summer

"You never pressure me to be anything other than myself," Lovato wrote of her fiancé. "And you make me want to be the best version of myself. I’m honored to accept your hand in marriage. I love you more than a caption could express but I’m ecstatic to start a family and life with you."

When I was a little girl, my birth dad always called me his “little partner” - something that might’ve sounded strange without his southern cowboy like accent. To me it made perfect sense. And today that word makes perfect sense again but today I’m officially going to be someone else’s partner. @maxehrich - I knew I loved you the moment I met you. It was something I can’t describe to anyone who hasn’t experienced it firsthand but luckily you did too.. I’ve never felt so unconditionally loved by someone in my life (other than my parents) flaws and all. You never pressure me to be anything other than myself. And you make me want to be the best version of myself. I’m honored to accept your hand in marriage. I love you more than a caption could express but I’m ecstatic to start a family and life with you. I love you forever my baby. My partner. Here’s to our future!!!! 😩😭❤️🥰😍 Ps. THANK YOU @angelokritikos FOR HIDING BEHIND ROCKS AND CAPTURING THE ENTIRE THING!!! I love you boo!!!

Ehrich, 29, who grew up in Marlboro Township, Monmouth County, proposed to Lovato, 27, in Malibu, California. The proposal was documented by photographer Angelo Kritikos, who Lovato says was "hiding behind the rocks" on the beach in order to capture the entire event. The singer's diamond ring was designed by luxury jeweler Peter Marco, People Magazine reported.

"Words cannot express how infinitely in love with you I am forever and always and then some," Ehrich wrote on Instagram. "I cannot spend another second of my time here on Earth without the miracle of having you as my wife. here’s to forever baby."

It's not known how long the couple have been together, but they have been romantically-linked since March, according to multiple reports. The couple were first seen together after appearing in Justin Bieber and Ariana Grande's music video "Stuck with U."

The singer has been open about her struggles with substance abuse and eating disorders, all of which the singer said was perpetuated by her "toxic" management team. She released "I Love Me" in March, her first single in nearly two years.