Fans started speculating the name "William Bowery" after it had been credited as co-writer on "Betty" and "Exile." 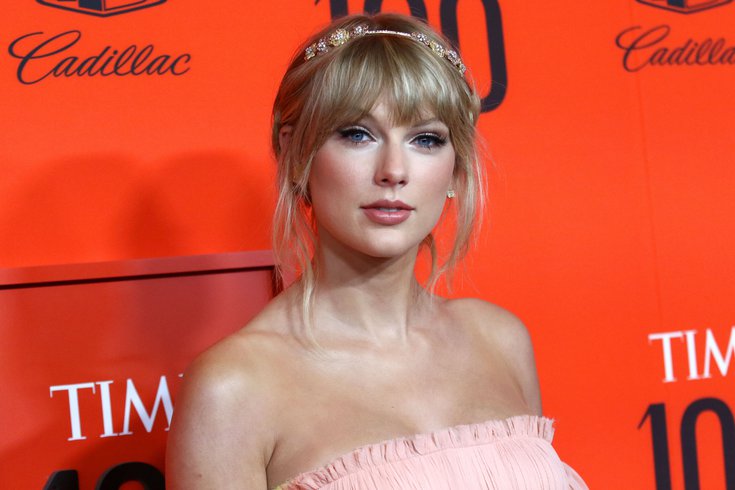 Taylor Swift confirmed this week that some of the songs from her latest album, 'Folklore,' were co-written by British actor boyfriend Joe Alwyn, credited under the pseudonym "William Bowery."

The announcement came through in Swift's Disney+ documentary, "folklore: the long pond studio sessions," that was released on Wednesday, CNN reported.

The Easter Egg loving singer songwriter is known for making her fans speculate and investigate everything from her song lyrics to her Instagram posts, and this was no different. Fans started speculating the name "William Bowery" after it had been credited as co-writer on "Betty" and "Exile."

"There's been a lot of discussion about William Bowery and his identity, because it's not a real person," Swift said in the documentary. "So William Bowery is Joe, as we know. And Joe plays piano beautifully and he's always just playing and making things up and kind of creating things."

Swift's agent confirmed to CNN that the "Joe" Swift references is Joe Alwyn. While developing "Exile," Alwyn wrote the entire piano section and sang some parts of the duet, Swift said.

The documentary "folklore: the long pond studio sessions," follows the artists behind the album, Swift and Aaron Dessner from The National, Jack Antonoff from Bleachers and Justin Vernon from Bon Iver, as they listen to it for the first time. The album was created remotely during the pandemic and launched in July.

The documentary, which was directed by Swift and filmed in upstate New York, featured performances of the 17 songs on the album and the stories behind them.

The album broke the record for most first-day album streams by a female artist on music streaming website, Spotify, at 80.6 million streams. She released "Folklore" with less than 24 hours notice.

The Berks county local's album also received 289.85 million streams in its first week — more than any other female artist or non-rap artist in 2020.

"Folklore" was Swift's first crack at a more indie, mellow sound that earned her positive reviews from various media outlets.

"Her emotional acuity has never been more assured," the Guardian wrote in a five-star review of the album.

"It's hard to remember any contemporary pop superstar that has indulged in a more serious, or successful, act of sonic palate cleansing," Variety said.