The couple now has both a daughter and a son 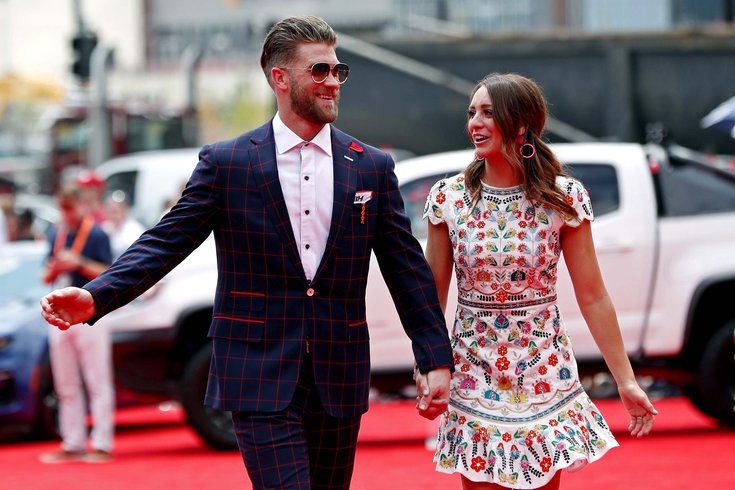 The Harpers announced this past June that the couple was expecting their second child, a daughter, in late 2020.

Bryce Harper and his wife Kayla made a huge offseason addition to their family on Sunday when the couple officially welcomed their second child to the world, a daughter named Brooklyn Elizabeth.

The Phillies right fielder and his wife each took to social media over the weekend to announce the big news.

Congratulations to the Harpers! 💕

The Harpers announced this past June that the couple was expecting their second child, a daughter, in late 2020. Bryce also shared his excitement to become a “girl dad.”

Krew Aaron, the Harper’s son and first child, was born in August 2019 at 7 pounds, 9 ounces and measured at 19 inches long.

Bryce and Kayla both hail from Nevada and were high school sweethearts. The couple was married in December 2016.

While Harper’s offseason has already been a success, the 28-year-old is now hoping his other wish, the Phillies keeping the aforementioned Realmuto in free agency, comes true this winter before the 2021 MLB season.

During the shortened 60-game 2020 season, Harper hit .268 with 13 home runs and 33 RBIs for the Phillies. He led the majors in walks with 49 during his second season in Philly.