He is the couple's first child and was born on Aug. 22. 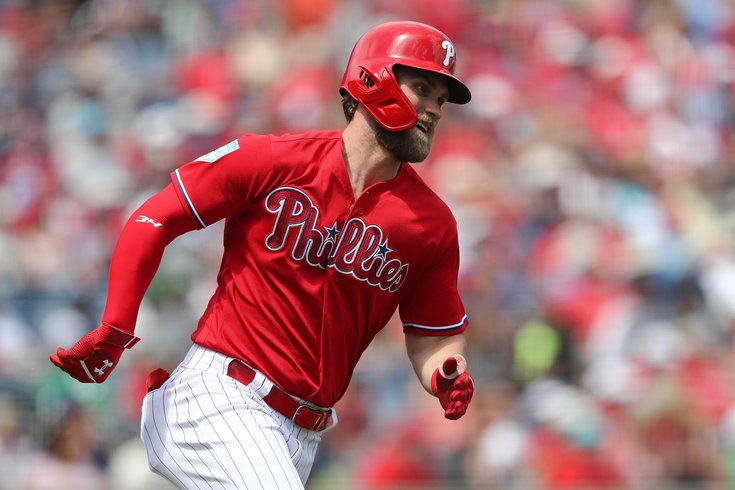 Philadelphia Phillies right fielder Bryce Harper and wife Kayla have had their first child. Krew Aron Harper was born on Thursday, Aug. 22, 2019, according to posts by the couple on Instagram.

Phillies right fielder Bryce Harper and his wife Kayla announced the birth of their first child, a son, Krew Aron, on Monday morning.

The Harpers posted an announcement for Krew Aron's birth on Instagram. The photo shows a sign with the baby's name, weight and height, along with a stuffed lamb, in the foreground. Bryce and Kayla Harper are in the background of the image in a hospital bed, holding their newborn son.

A little more than a week after Bryce Harper wrecked a walk-off grand slam to finish a three-game sweep against the Cubs, he was put on paternity leave by the Phillies. The right fielder had flown straight from the team's win in Boston on Wednesday to be with his wife in Las Vegas on Thursday.

The Harper's announced on Instagram shortly after arriving in Philly that they were expecting a baby boy due in August. Bryce and Kayla both hail from Nevada and were high school sweethearts. The couple was married in December 2016.

Harper will return to play with the Phillies on Monday night against the Pittsburgh Pirates at Citizen's Bank Park.