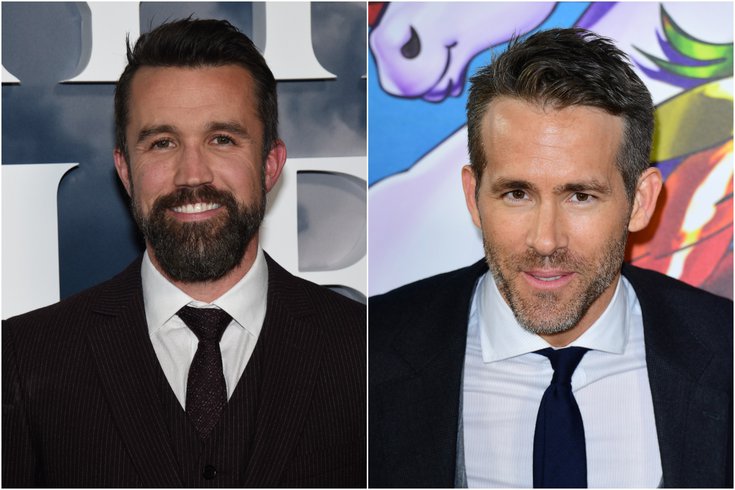 Rob McElhenney (left) and Ryan Reynolds (right) are teaming up to take over Wrexham AFC in Wales, one of the world's oldest professional football clubs.

Actors Rob McElhenney and Ryan Reynolds are in the final stages of acquiring one of the oldest soccer teams in the world, with hopes that they can turn the club into "a global force."

The creator of "It's Always Sunny in Philadelphia" and the "Deadpool" star reportedly confirmed plans for the takeover of Wrexham AFC during a supporters' trust meeting last week. The club released a mission statement from the two celebrities.

We've been asked to share this mission statement, which can be found here 👉 https://t.co/YPDRtZ62qJ

"We’re two people who’ve made a career of never taking ourselves too seriously," McElhenney and Reynolds said. "However, we realise taking stewardship of this great and storied club is an incredibly serious matter and something we don’t take lightly."

Wrexham AFC, based in Wales, was formed in 1864 and is the third-oldest professional football team in the world. They're currently in the National League, the fifth tier of English football. It's the lowest tier they've played in since they were first elected to the football league in 1921.

The team's home stadium, the Racecourse Ground, is the world's oldest international stadium that still hosts international games. Wrexham AFC won a Third Division title in 1977-78 and has won the Welsh Cup a record 23 times, but has not been a force in international soccer for decades.

The team has been fan-owned since 2011, but a vote to turn it over to McElhenney and Reynolds will be decided by Nov. 15, according to The Guardian.

If the takeover moves forward, the actors plan to film a documentary on the club's progress.

McElhenney said he hopes to see the team become more engaged with the community and promised transparency under new leadership.

"We're not doing it to make money," McElhenney said. "We have successful day jobs, we feel we can grow something and we can only do that by knowing we have support of community."