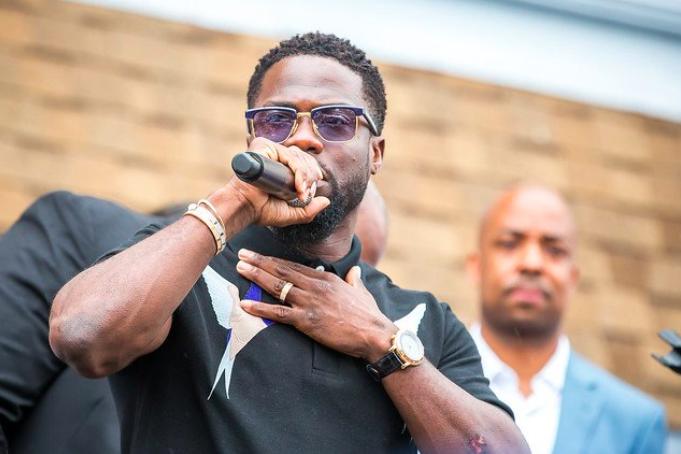 Kevin Hart returns to Netflix next Tuesday, Nov. 17, with the streaming giant's premiere of his new stand-up special "Zero F**** Given."

Its going the fuck down on November 17th damn it!!!! This is the rawest that I have ever been....Real Raw stand up comedy....I can’t wait for yall to see this shit!!!!! “Zero Fucks Given” ...... @netflixisajoke #ComedicRockStarShit

Netflix released a teaser trailer for the special, but it doesn't offer much in the way of a preview.

A lot has happened in Hart's life since his last special. He survived a gruesome car crash in Malibu in Sept. 2019, rehabbed back to health and recently had his second child, daughter Kaori May, with wife Eniko Hart. He also has two children from a previous marriage.

Considering the special was filmed in September, there's a good chance Hart will be tackling the coronavirus pandemic in some fashion.

The upcoming special will be Hart's sixth on Netflix.

The prolific comedian is also reportedly signed on for an unnamed limited drama series with Netflix, to be led by showrunner Charles Murray and produced by HartBeat Productions.