Gritty has a female counterpart, Grittney, trolling Trump in London 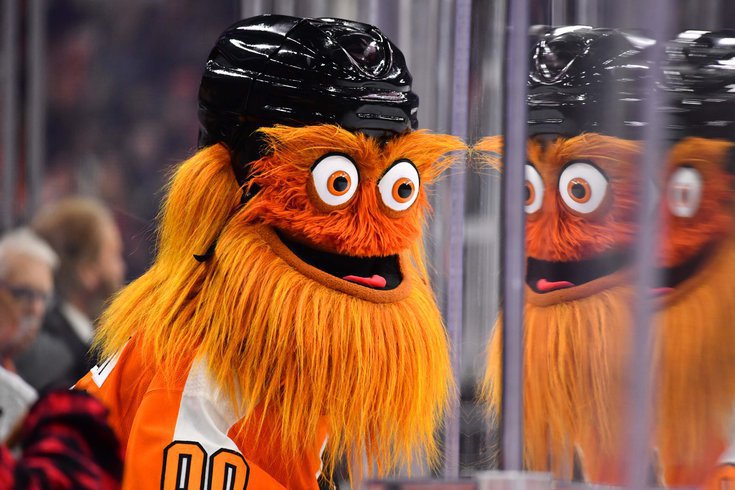 Philadelphia Flyers mascot Gritty got a tribute from London costume maker Riot Rogers, who fashioned a female "Grittney" version of the beloved creature.

my favorite thing to come out of the election by far is every single gritty meme
gritty has become the symbol of the resistance🧡💙 #Election2020 pic.twitter.com/MMoK9K3KXi

As Philadelphia's vote count lifted Joe Biden to the presidency, even the French newspaper Le Monde took a stab at trying to explain the significance of Gritty to its bewildered readers.

But one of the most joyous expressions of love for Gritty came from London costume designer Riot Rogers, whose female "Grittney" costume is a thing to behold.

Rogers was seen portraying the scantily clad "Grittney" over the weekend, with a vulgar message for President Donald Trump. An American flag bikini was the only thing covering her immense orange fur, made from about 100 feet of hair extensions.

Art vs Artist but mostly so you understand...I am 6 foot tall. Grittney is....quite tall. pic.twitter.com/ibaDOGsUyZ

The Flyers have generally remained neutral about appropriations of Gritty for political purposes, so it's hard to say whether or not there will be any reaction from Gritty. A love interest may well have been part of Gritty's strategic long-term story arc, given the marketing force he's become, so it's possible Rogers just sped up the process. The Flyers should admit it would have been impossible for them to do better.

Rogers spoke in-depth about the costume on an episode of the Philebrity podcast, which you can check out below. She's a big Flyers fan and visited the city last year, which fed into her inspiration to design the Grittney costume. Hearing her tell it in her own words is special.

"I think she's like a manifestation of my own anger and grief — and just, like, 'Oh, you want to f*** with me? Alright'," Rogers said.