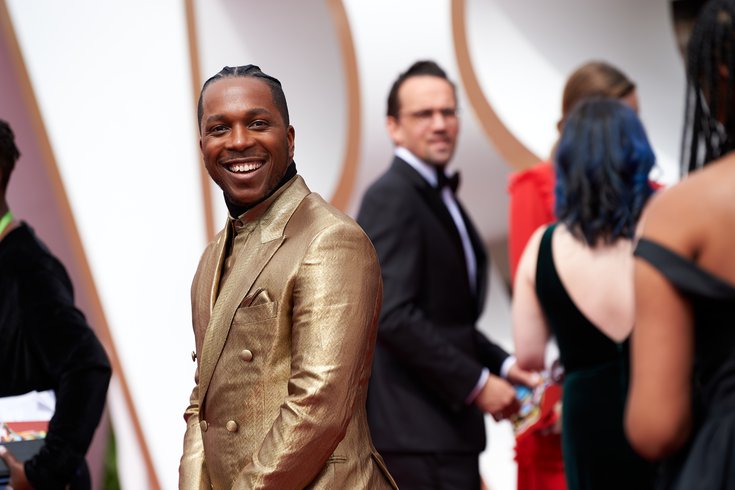 Leslie Odom Jr. will host 'The Tony Awards Present: Broadway's Back,' a live concert event celebrating the return of theater and the 74th annual Tony Awards. The event begins at 9 p.m. Sunday, Sept. 26, 2021 on CBS.

The Tony Awards are making a comeback after a long delay due to the COVID-19 pandemic, and a Philadelphia native will be at the center of Broadway's biggest night.

Leslie Odom Jr. will host "The Tony Awards Present: Broadway's Back," a live concert event on CBS celebrating the return of theater and the annual awards show. Odom will take the stage of Broadway's Winter Garden Theatre on Sunday, Sept. 26 at 9 p.m.

The event will follow the 74th annual Tony Awards, which will be hosted by actor and singer Audra McDonald and streamed exclusively on Paramount+. The Tonys begin at 7 p.m.

"The Tony Awards Present: Broadway's Back" promises performances of "beloved classics" and numbers from the three best musical nominees: "Jagged Little Pill," "Moulin Rouge! The Musical" and "Tina: The Tina Turner Musical." The live concert event will culminate in the presentation of its top honors: best play, best play revival and best musical.

"Broadway is a part of my DNA and I'm so thrilled to see it open back up again," Odom said. "There are so many talented artists going back to work and doing what they love for audiences who have missed these tremendous performances. I'm very happy to host 'The Tony Awards Present: Broadway’s Back!'"

The high-profile hosting gig showcases Odom's ascent into stardom. The Philly native broke onto the scene as the Tony-winning Aaron Burr in "Hamilton'' and recently scored his first Oscar nominations for his portrayal of singer Sam Cooke in "One Night in Miami."

He's currently voicing Owen Tillerman in "Central Park," an animated musical-comedy series on Apple TV+ and will appear on the big screen in David Chase's Sopranos prequel, "Many Saints of Newark," set for an Oct. 1 release.

What's next? A role in a forthcoming "Exorcist" trilogy that is expected to debut in late 2023.

Due to the coronavirus pandemic limiting performances, the Tony Awards pulled nominations from just 18 eligible plays and musicals compared to 34 shows the season before, according to the Associated Press. Broadway theaters shuttered their doors on March 12, 2020, effectively canceling all shows, including 16 that were scheduled to open in the spring.