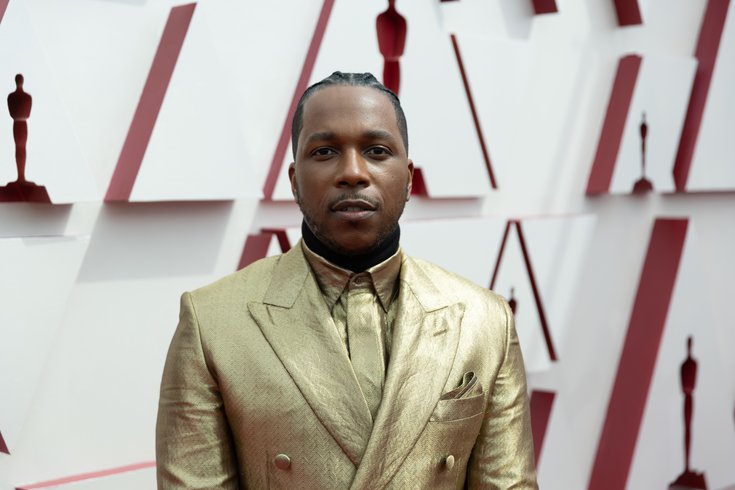 Leslie Odom Jr.'s casting in the forthcoming 'Exorcist' trilogy is the latest accomplishment in what has been a banner year for the actor and singer-songwriter.

It appears that Philly's own Leslie Odom Jr. will be getting into horror films in the near future.

The actor and singer-songwriter will star in a forthcoming "Exorcist" trilogy that is expected to debut in theaters in late 2023, according to The New York Times. Odom Jr. will play a father who seeks out help for his child who is possessed by demons.

Oscar-winning actress Ellen Burstyn will reprise her role from the original "Exorcist" film that premiered in 1973. Filmmaker David Gordon Green will direct the three new "Exorcist" movies and serve as a screenwriter, too.

The forthcoming "Exorcist" trilogy, which is being produced by Universal Pictures for NBCUniversal's streaming service Peacock, is expected to cost more than $400 million. The latter two films in the trilogy could premiere first on Peacock, another sign of the growing power that streaming services have earned in the film industry.

Directed by William Friedkin, "The Exorcist" told the story of a 12-year-old girl becoming possessed by demons and her mother's attempts to rescue her through exorcism. The film was based upon the 1971 novel of the same name written by author William Peter Blatty.

The movie was nominated for 10 Academy Awards in 1974, winning for best adapted screenplay and best sound. It was also the first horror film to be nominated for best picture.

Three other films in the "Exorcist" series have followed the original; "Exorcist II: The Heretic" in 1977, "The Exorcist III" in 1990 and "Exorcist: The Beginning" in 2004. Burstyn did not reprise her role in any of these three films, which never reached the same level of success as the original movie.

Odom Jr.'s casting in the forthcoming "Exorcist" trilogy is just the latest accomplishment in what has been a banner year for the East Oak Lane native.

The 39-year-old's portrayal of the late R&B and soul singer Sam Cooke in the film "One Night in Miami" earned him the first two Academy Award and Golden Globe nominations of his critically-acclaimed career.

Odom Jr. also earned an Emmy nomination this year for outstanding lead actor in a limited series or movie for his role as Aaron Burr in "Hamilton," which debuted as a film adaptation of the popular Broadway play last summer on Disney+.

He and his wife Nicolette Robinson celebrated the birth of the couple's second child earlier this year as well.

Odom Jr. is also set to appear in "The Many Saints of Newark," the much-anticipated prequel film of "The Sopranos," when it premieres in theaters and on HBO Max this fall.