First trailer drops for 'Soprano's' prequel, 'The Many Saints of Newark' 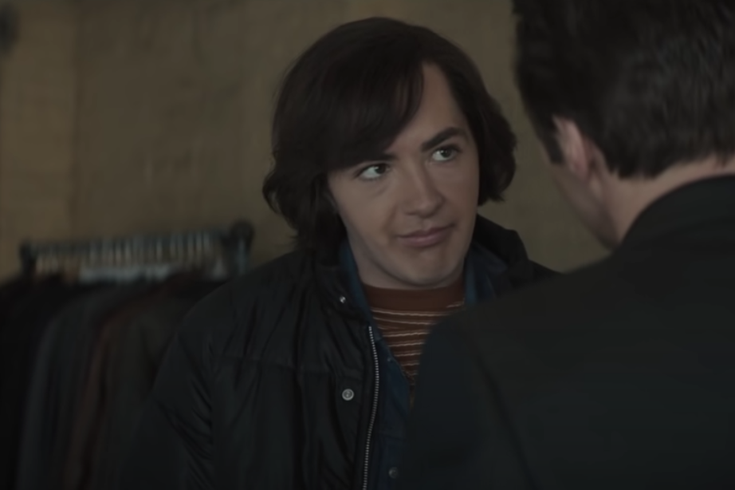 The first trailer for 'The Many Saints of Newark' allows fans to finally see Michael Gandolfini follow in his late father's footsteps by playing the role of a young Tony Soprano.

On Tuesday, fans of "The Sopranos" finally got what they've been waiting a very long time for: the first glimpses of the show's forthcoming prequel film, "The Many Saints of Newark."

Warner Bros. has released the first trailer for the much-anticipated crime-drama movie, and it doesn't disappoint one bit.

The trailer gives fans their first chance to see 21-year-old Michael Gandolfini following in his late father's footsteps by playing a young Tony Soprano in the film. James Gandolfini played the crime boss in all six seasons of "The Sopranos" from 1999-2007 before dying of a heart attack in 2013.

"The Many Saints of Newark" follows a young Soprano during the Newark riots of 1967 and illustrates the racial tensions that arose in the city at the time.

The race riots, which took place over a span of five days, were sparked by a rumor that a Black cab driver had been beaten to death by white Newark police officers.

It turned out that the cab driver had not died, but the Newark protests aligned with other demonstrations brought on by exploding racial tensions across the U.S. at the time. A total of 26 people were killed.

The trailer also highlights the close-knit relationship between a young Tony and Dickie, appearing similar in some ways to the father-son-like dynamic between Tony and Christopher in "The Sopranos."

"Many Saints" translates to "Molti Santi" in Italian, so that tells you all you need to know about how central Dickie is to the upcoming film's storyline.

The Philly native told New Musical Express, a British entertainment website, that his character works for the DiMeo crime family in the film.

"I was a happy artist," Odom Jr. said about his experience working on the film. "I was very happy to talk about how the immigrant story rubbed up against the story of disenfranchised Black people at that time. It was quite literally incendiary. The city was on fire."

Last but not least, the trailer offers fans an exterior shot of the iconic Satriale's Pork Store, a spot that became famous on "The Sopranos."

"The Many Saints of Newark" was written and produced by "Sopranos" creator David Chase. Lawrence Konner, who also wrote a number of "Sopranos" episodes, is a writer and producer on the upcoming film as well. The movie was directed by Alan Taylor, who also directed nine episodes of "The Sopranos."

The movie was filmed on-location in Newark, as well as other spots across New Jersey.

"The Many Saints of Newark" was originally scheduled to debut last September before being postponed several times due to the COVID-19 pandemic. The film premieres Oct. 1 in theaters and on HBO Max.