Warner Bros. to stream all 2021 movies on HBO Max at same time films are in theaters

In addition to 'Wonder Woman 1984,' the platform will also get 'The Matrix 4,' 'Godzilla vs. Kong' and the 'Sopranos' prequel, 'The Many Saints of Newark' 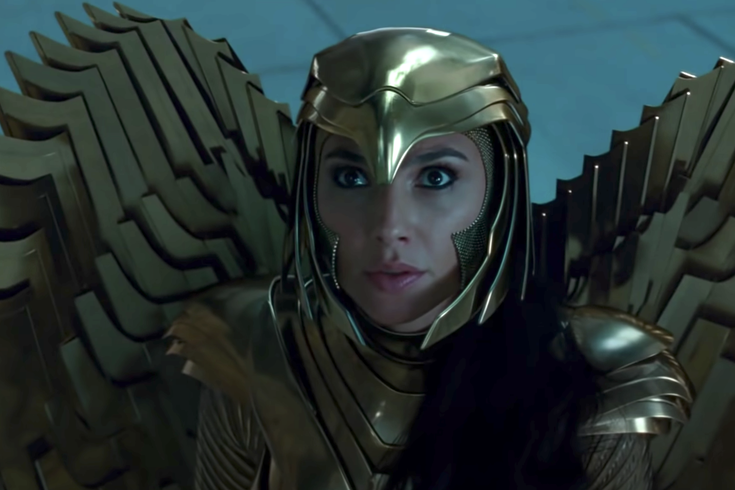 In 2021, Warner Bros. will release each of its new movies on streaming service HBO Max the same day as the theaters. The follows the studio's recent announcement that 'Wonder Woman 1984' would become available on the streaming platform and in theaters on Christmas.

Warner Bros. will release its entire slate of 2021 movies both in theaters and on streaming service HBO Max at the same time — a big switch up that could have a major impact on the movie industry.

The studio's 17 movies for 2021, which include "Godzilla vs. Kong," "Dune" and "The Matrix 4," will skip the traditional 90-day waiting period before becoming available online, the New York Times reported Thursday.

These movies will only stay on the streaming service for one month, before following normal release schedules for DVDs, iTunes and television and then eventually filtering back into HBO Max.

Lin-Manuel Miranda's latest "In the Heights," Clint Eastwood's "Cry Macho", the next "Conjuring" horror movie, and "Sopranos" prequel "The Many Saints of Newark" will appear in theaters and the streaming service simultaneously, as well.

When movie theaters shuttered because of the pandemic earlier this year, it foreshadowed an uncertain future for the business. Locally, the Regal UA Riverview theater closed permanently due to the pandemic, and the Narberth Theater recently started a GoFundMe campaign in an effort to survive.

Warner Bros. said that even with the prospect of a COVID-19 vaccine giving hope for the new year, the studio expects movie theaters will not recover until at least the fall of 2021.

"Like a lot of businesses, theaters are in a tough spot right now," Jason Kilar, WarnerMedia's chief executive, said to the Times. "We are all in the middle of a pandemic, and we are all trying to figure our way through it. One of the things we can do to be helpful to them is to provide them with a steady stream of big-budget, well-told stories."

Many in the movie business say the decision will force other studios to follow Warner Bros.' lead.

HBO Max, which costs $15 a month, has struggled to gain subscribers since it's debut in May. So far, it has signed-up 8.9 million subscribers. Compare that to top-streaming service Netflix's 73 million American subscribers and nearly 200 million worldwide.

Regardless of how many people watch via HBO Max, WarnerMedia is all but certainly going to lose money. Yet, AT&T is prioritizing making HBO Max a success because of its potential to be a longterm asset.

Kilar said Warner Bros. will commit to this plan through the year, even if the Coronavirus situation shifts next summer.

"It's not clear that the full normal will return even well into the fourth quarter of next year," Toby Emmerich, chairman of Warner Bros. Pictures Group, said to the Times. "The epidemiologists who have been consulting with the company have painted a cautious picture."

Emmerich said the company is hesitant to make this a permanent plan, adding they are going to wait and see what happens in 2021.

HBO Max is set to roll out globally in the next year, meaning traditional movie theater releases will still occur in those countries where HBO Max has not yet launched.

This announcement was immediately followed with a WarnerMedia marketing campaign that pushed HBO Max as a great present for the holidays. Emmerich called the plan a "win-win" for movie fans, filmmakers, and even theater owners, explaining he expected many people would still opt for the theater experience.

AMC Entertainment, which is the world's largest theater chain, saw its stock shares drop 16% on Thursday, and Cinemark fell 22% and the Cinemark spokesperson told the Times that Warner Bros. had not provided the company details about the "hybrid distribution model.

WarnerMedia tested its plan weeks ago, announcing "Wonder Woman 1984" would arrive in theaters and HBO Max on Christmas Day. AMC CEO (and former Sixers CEO) Adam Aron said at the time the company was "onboard" with that move, but it showed the movie studio was sacrificing profitability in favor of subsidizing HBO Max.