The movie filmed in New Jersey and based on the hit HBO series is now scheduled to premiere Sept. 24 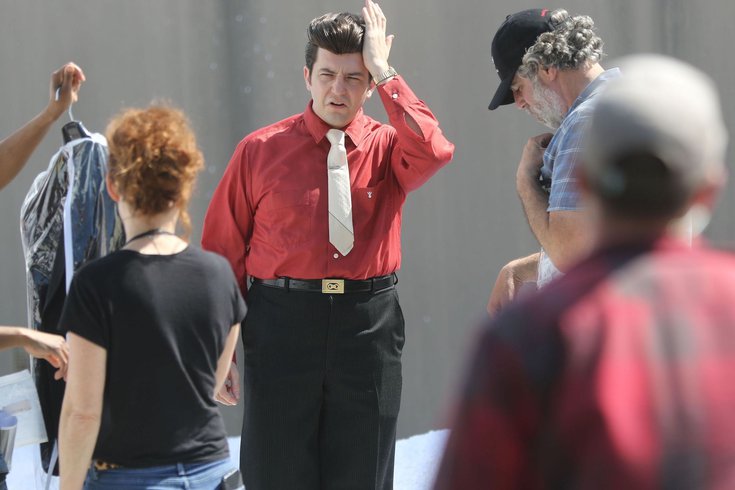 'The Many Saints of Newark,' a forthcoming film telling the origin story of fictional mob boss Tony Soprano, will now be released Sept. 24. A scene from one of its many New Jersey filming locations is pictured above.

"The Many Saints of Newark," the much-anticipated movie companion to the hit HBO mafia show "The Sopranos," has a new, later release date.

The prequel movie is set in 1960s Newark, New Jersey, and stars Michael Gandolfini (son of "Sopranos" lead actor James Gandolfini) as a young Tony Soprano. It will now premiere Sept. 24, after several postponements brought on by the COVID-19 pandemic.

The film is scheduled for simultaneous release to HBO Max and to movie theaters, Variety reported. At a time, it had been scheduled to be released in September 2020, and then it was delayed until March before it's newest release date later this year.

Gandolfini, the 21-year-old actor whose famous father died of a heart attack in 2013, made his big screen debut in the 2018 film "Ocean's 8." The new film telling of Tony Soprano's formative years will mark the young actor's return to a major motion picture.

The backdrop of the "Sopranos" movie, the Newark riots of 1967, may also hit closer to home for viewers at its new release date in 2021. The race riots, which took place over a span of five days, had been sparked by a rumor that a Black cab driver had been beaten to death by white Newark police officers.

It turned out that the cab driver had not died, but the Newark protests aligned with other demonstrations brought on by exploding racial tensions across the U.S., including the Watts Riots in Los Angeles in 1965.

"Many Saints of Newark" was filmed on-location in the city of Newark, as well as other locations in New Jersey, according to NJ.com.

Little else has been said about the new film, but on Wednesday, Gandolfini posted cryptic Instagram photo of a tombstone engraved with the name of Sopranos character Christopher Moltisanti, who played Tony Soprano's protégé in the HBO show. Tony kills Christopher (played by Michael Imperioli) in one of the last episodes of the series.

As the "Sopranos" saga goes, Christopher's father,  Richard "Dickie" Moltisanti, was a mobster and original member of the Sopranos crew when it formed in the 1960s and was run by Tony's father, Giovanni "Johnny Boy" Soprano.

The name Moltisanti also translates to "many saints."

A trailer for the film hasn't been released.

"The Many Saints of Newark" also stars Ray Liotta of "Goodfellas" fame, Corey Stoll of "House of Cards" and "Ant Man," and Philadelphia-native Leslie Odom Jr., star of the Broadway hit "Hamilton."

Alan Taylor, who directed several episodes of "The Sopranos" during the series' run from 1997 to 2007, directed the movie. The film's script was written by David Chase, creator of "The Sopranos" and Lawrence Konner, a writer for the television show.

New Line Cinema produced the movie and Warner Bros. will release it simultaneously on HBO Max and in theaters in September, following with the studio's plans announced December.

The Warner Bros.' deal was signed in part due to the devastating impact of the pandemic on movie theaters, which has prompted most major motion pictures to opt for straight-to-streaming options.