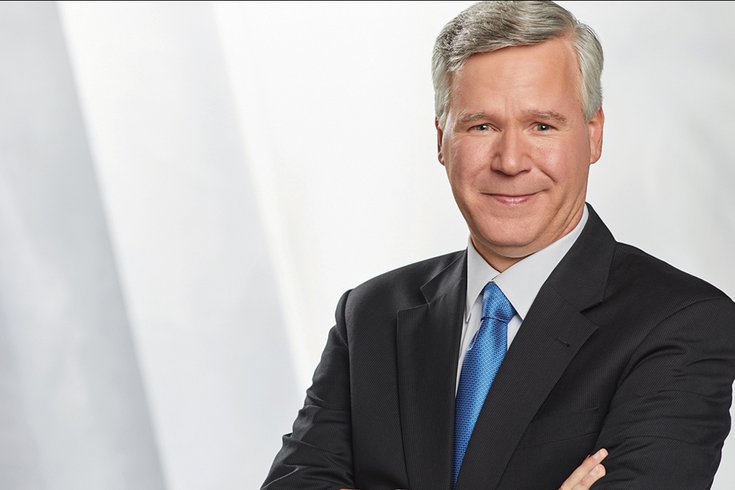 David Murphy is the third-longest tenured on-air personality at 6ABC, behind only anchors Jim Gardner and Rick Williams.

One of 6ABC's longest-tenured on-air personalities is leaving after more than three decades with the local TV network.

Longtime meteorologist and reporter David Murphy will be retiring from Action News next month after 31 years with the network, the weatherman said Tuesday. Murphy's last broadcast with the local TV station will be Sept. 7.

Murphy joined 6ABC in 1990 as a general assignment reporter. Some of his most notable news assignments included covering the Oklahoma City Federal Building Bombing in 1995 and the attacks against the World Trade Center in New York City in 1993 and 2001.

Murphy became a meteorologist for 6ABC in 2004. Over the past 17 years, Murphy has served as the weekday meteorologist on "Action News Mornings" from 4-7 a.m. and "Action News at Noon." Along with covering local weather stories in the Philly region, Murphy's reporting also took him to cover hurricanes in North Carolina and Louisiana and tornadoes in Oklahoma.

"From news reporting to weather, it's been a blast," Murphy said. "The icing on the cake was being a part of such a talented, tight-knit morning anchor team with Matt [O'Donnell], Tam [Edwards], Karen [Rogers] and traffic reporter Matt Pellman, who have kept me laughing for the past 17 years and have joined me in serving our amazing 'Action News' viewers, who I will also miss! But after 37 years in broadcasting, I have decided that I am an excellent candidate to exit from working life."

Born and raised in Delaware County, Murphy graduated from Temple University with a Bachelor of Arts degree in communications. He was the first Temple student to win a national scholarship from the Radio-Television News Directors Association in 1984. Murphy was inducted into Temple's Klein College Alumni Hall of Fame in 1998.

Before joining 6ABC, Murphy was a reporter at a pair of local TV stations in Baltimore, as well as in Scranton/Wilkes-Barre and Allentown. Murphy won several United Press International Awards for his reporting while in the Lehigh Valley.

"I was lucky enough to work at several great TV stations early in my career, but the entire time, my wife and I couldn't stop thinking about coming home to Philadelphia," Murphy said. "Channel 6 was the only station I seriously pursued. I knew this was the newscast everybody watched, and I wanted to have a lengthy career at the station."