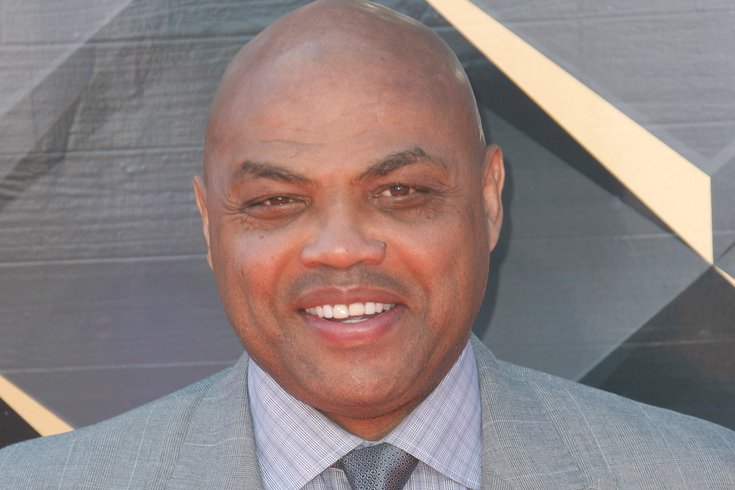 The first guest on the Manning brothers' remote telecast of the Week 1 matchup between the Baltimore Ravens and the Las Vegas Raiders, Barkley sported a black Raiders jersey with Nassib's No. 94.

Nassib, a graduate of Malvern Preparatory School and Penn State, came out as gay in June. On Monday night, he became the first openly gay player to play in an NFL game. He forced a key fumble in the Raiders' overtime victory over the Ravens.

"A lot of firsts today," Nassib said after the game, according to Cassie Soto with the Las Vegas Review-Journal. "I was really taking it in as much as I could. ... I've played in a lot of games ... and I won't forget this one."

Barkley has been outspoken in his advocacy for members of the LGTBQ community, voicing support for the legalization of gay marriage during a 2008 interview with CNN and urging the NBA to move the 2017 All-Star game out of Charlotte, North Carolina after the state passed a bill preventing transgender people from using bathrooms that aligned with their gender identities. In 2011, he told the Washington Post that he played with gay teammates during his 16-year NBA career and found that their sexuality never presented issues.

"It bothers me when I hear these reporters and jocks get on TV and say, 'Oh, no guy can come out in a team sport. These guys would go crazy.' First of all, quit telling me what I think," Barkley said in the interview. "I'd rather have a gay guy who can play than a straight guy who can't play."

Many on Twitter praised Barkley for wearing the Nassib jersey during his guest appearance.

"Chuck is a good man," one person wrote. "Didn't know he cared about Nassib's significance but it's not surprising either, just another story to add to Barkley's list of random acts of kindness."

"Didn't even realize this live. Well done by Chuck. And Nassib made the big play!" another added.

Nassib told NFL.com in August that he chose to come out during Pride Month in a video recorded at his Pennsylvania home "to be around family and friends." Since then, he said he's gotten nothing but support from his teammates and others around the NFL, many of whom had no idea he was gay beforehand.

"I was definitely surprised by the big reaction," he said. "It was incredible. I thought nobody would care. But it was such a good feeling to have all the support. I was glad I could do my part to help bring visibility and representation to my community." 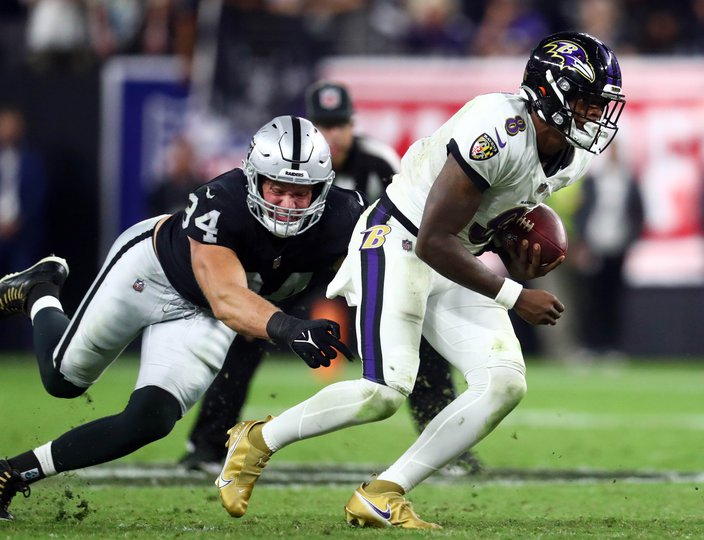 West Chester native Carl Nassib made history on Monday, Sept. 13, 2021, as the first openly gay player to play in an NFL game. Nassib forced a fumble in the Las Vegas Raiders' victory against the Baltimore Ravens.

Barkley's appearance on "Monday Night Football with Peyton and Eli" also included a callback to his Sixers days. Speaking to Peyton Manning, the former all-star explained the phenomenon of getting booed by fans at home.

"I played in Philadelphia, Pennsylvania. That was a regularity," Barkley said. “You were lucky, Peyton. Everybody liked you."