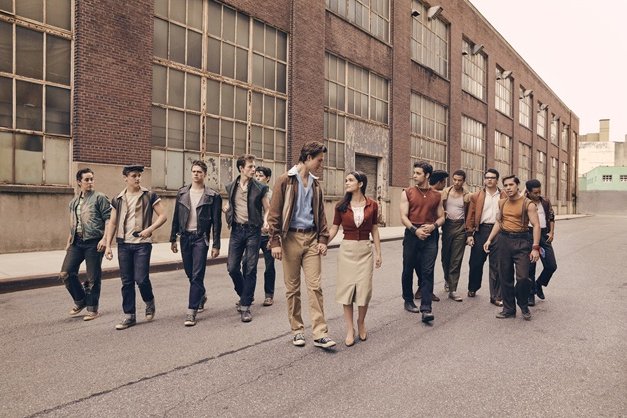 A first look at Steven Spielberg's 'West Side Story' was released in June, starring Rachel Zegler and Ansel Elgort. The film was spotted filming in Paterson, New Jersey this week and Bruce Springsteen made a visit to the set.

New Jersey native Bruce Springsteen made an appearance on the set of "West Side Story" in Paterson on Monday.

The Steven Spielberg remake — starring another New Jersey native, Rachel Zegler — is doing some filming in the state's third-largest town ahead of its December 2020 release.

Paterson Mayor Andre Sayegh posted a photo on Instagram on Monday with Springsteen, saying the film's production in Paterson has been "enhancing Paterson's image" and is "improving our downtown economy."

It's not clear if Springsteen was in Paterson to visit "West Side Story" or for some other reason.

The filming of "Westside Story" is really enhancing Paterson's image and improving our downtown economy. The buzz is so stong that "The Boss" Bruce Springsteen visited our city today. #TheBoss #PuttingPatersonBackonTheMap

NJ.com reported that producers on the film are contributing money to the town's parks.

The film will also do some work at the National Newark Building on Broad Street in Newark. On Aug. 13, the New Jersey Economic Development Authority approved nearly $6.9 million in tax credits for the film, according to NJ.com.

A first look at the film was released in June. Zegler will star beside Ansel Elgort as Tony, as well as Ariana DeBose as Anita, Rita Moreno, Corey Stoll, Curtiss Cook, and Brian d'Arcy.