Bucks native, a yoga star on Instagram, tells newbies to take it slow

Look to the social media platform for inspiration, but seek out a good instructor and be patient, Dana Falsetti advises 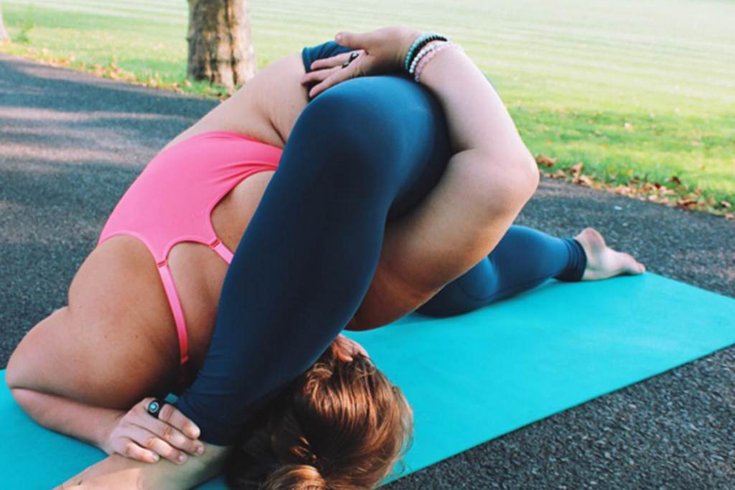 Dana Falsetti, the bendy, plus-size yogi who performs yoga poses that are are out of this world, has more than 143,000 followers on Instagram. She will be in Philadelphia next month to lead several yoga workshops.

There are two popular misconceptions about yoga:

Recently, Dana Falsetti made headlines for shattering that first stereotype. A bendy, plus-size Instagram star with 152,000 followers, Dana isn’t your cliché size-4, Lululemon-clad yogini, but her poses are out of this world. Falsetti’s advanced practice is the epitome of strength and flexibility; her forearm balances and deep backbends are to die for.

But, she wants you to know, they’re not worth hurting yourself.

Falsetti, a native of New Hope, Bucks County, is living, breathing proof that yoga is accessible to people of all different shapes and sizes, but that doesn’t mean yoga, especially the high level that she has achieved, is easy. In the wake of her newfound Internet stardom and the release of her online foundational series, Making Shapes, Falsetti is adamant about the importance of learning yoga from the ground up, to avoid potentially serious injuries.

“People new to yoga should look toward Instagram for inspiration, but that doesn’t necessarily mean it works as a complete teaching platform,” Falsetti, 22, told PhillyVoice. “It’s great to witness a beautiful pose, but then you have to take that and do something with it. And by ‘do something,’ I don’t mean find the nearest wall and try to kick up into a headstand.” 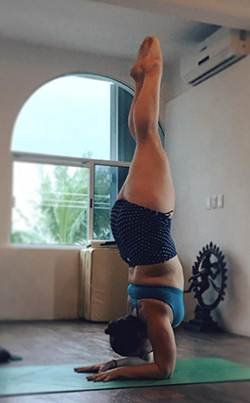 For both instructors excited to share their love of yoga and future yoga students yearning to take it up, Instagram offers a wonderful springboard but, Falsetti stressed, “It doesn’t give you the whole story.”

The now-traveling teacher, a 2011 graduate of the George School in Newtown, took up yoga the summer before her senior year of college, a point in her life when she had enough free time to develop the impressive feats featured in her 15-second Instagram videos.

“People might not know I practiced 2-3 hours every day during my first year of yoga. It might take someone five years to achieve the same skill level, because they have three kids and a full-time job.”

Falsetti says her natural flexibility allowed her to access challenging poses more quickly than most, but she received early warning signs that “just because you can do something, doesn’t mean you should.”

Even yogis with years of experience are susceptible to injury. Falsetti’s friendship with fellow Instagram star Irene Pappas made her reconsider the all-or-nothing approach to yoga.

“We became friends because we both came to yoga with a huge amount of flexibility," Falsetti said. "I was someone who went into all kinds of crazy backbends right away, just because my body would allow it. But then Irene told me that, at one point, she was doing such deep backbends that she hurt her lower back and couldn’t do backbends for six months.”

“That’s when I realized ‘Okay, I’m not even doing yoga at this point. I’m just doing deep backbends because I can and they boost my ego. But, in three weeks, I might never be able to do a backbend again, because I am doing them now when I shouldn’t be.’”

“That’s the biggest lesson yoga has taught me. Patience is something a lot of us don’t have. We want everything right now. If you see it on Instagram, you think you have to be able to do it right away, just to say you can.” – Dana Falsetti

One local chiropractor who agrees with Falsetti said he sees patients with yoga injuries regularly.

Dr. Craig Evans of Glen Oaks Health and Spine Center in Haddonfield, Camden County, says he treats several patients a month. He said it's not just the spine that’s susceptible, as other parts of the body, especially existing weak and vulnerable spots, can flare into full-blown injuries when beginner yogis take on too much too soon.

“Injuries that have been lingering or latent for some time are more easily exacerbated,” Evans said. “Older or chronic injuries are often the basis of what pops up when using your body for yoga, or any other activity.”

Evans believes that yoga, practiced appropriately to a student’s skill level, along with other activities like foam rolling, swimming and Pilates can strengthen the body and help prevent other sports related injuries. But, he said, it’s important for beginners to have realistic expectations, especially when viewing the discipline on social media.

“Facebook and Instagram have made it very easy for beginners to tune in and watch masters of their trade, whether it be yoga, CrossFit, marathoning, powerlifting, or any other form of training," Evans said. "When much less experienced beginners try to replicate advanced performance, things don’t always go as planned. That’s how injuries happen.” 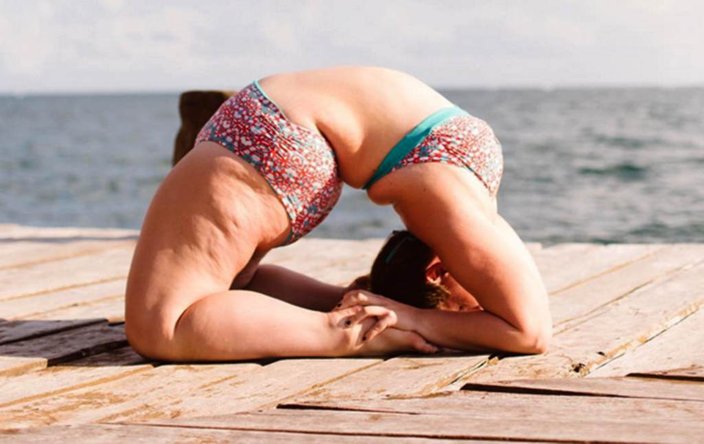 Dana Falsetti, a Bucks County native, says people trying to learn yoga should look toward Instagram for inspiration, but not necessarily instruction.

“That’s the biggest lesson yoga has taught me. Patience is something a lot of us don’t have. We want everything right now. If you see it on Instagram, you think you have to be able to do it right away, just to say you can,” Falsetti said.

She has since taken a few steps back to focus on developing the foundational strength it takes to support her flexibility. The experience of re-learning yoga from scratch is what gave birth to her new instructional series, Making Shapes.

“It’s a strength-based plan that gives people the essential building blocks," Falsetti said. "It’s like learning grammar. There are a lot of wrist strengtheners and shoulder openers, and things that don’t look glamorous but will end up being puzzle pieces on the path to what you ultimately want to achieve.”

The desire to look glamorous is just as detrimental to developing a safe and healthy practice of yoga. Falsetti says beginners should spend more time searching for the right teacher and less time worrying about buying the most fashionable pair of yoga pants.

“Whether you find him or her online or in person, taking time to find a yoga teacher who resonates with you and how your body wants to move naturally can make the difference between getting hurt or giving up and having an invaluable, lifelong practice.”

Dana Falsetti’s upcoming Philadelphia workshops include a March 19 Fundamentals class and a March 20 Inversions class, both at Diamond Hot Yoga in North Philadelphia.