How did bulletproof backpacks become a sad necessity in gun-crazy America? 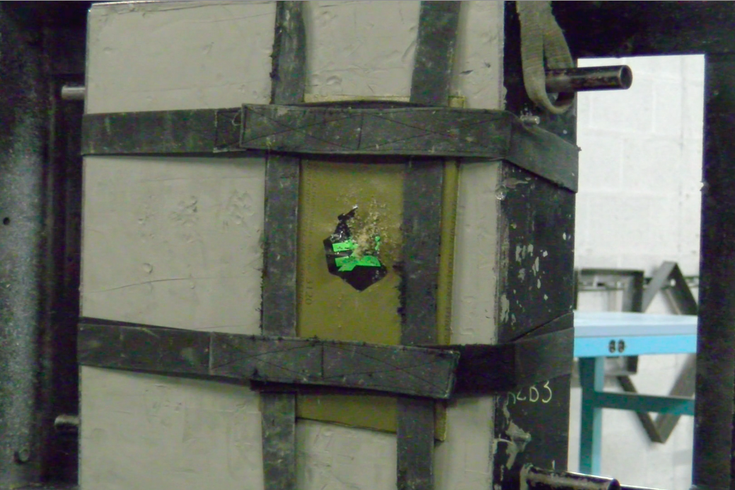 Students at St. Cornelius Catholic School in Chadds Ford, Delaware County were given bulletproof shields to carry in their backpacks as a graduation gift on Monday, June 4, 2018. The inventor, Rob Vito, said the item protects students from bullets and knives.

Think back to your early teens. This time of year, that meant you were emerging from a K-8 or junior-high and preparing yourself for the unknown adventures of your high school years.

If you’re of a certain advanced(ish) age, that meant pubescent paranoia about acne breakouts, making new friends and discovering your place in a new world.

Maybe those fears still linger, but they’re not atop the list for children and parents at a time when kids are getting fatally shot at school at a horrifying pace.

Times, they changed, which brings us to this week’s story out of St. Cornelius Catholic School in Chadds Ford, Delaware County.

At Monday’s graduation ceremony, 15 eighth graders (and 25 faculty members) received the gift intended to help them survive a potential shooting: a bulletproof shield to place in their backpacks.

This sign-of-the-times story drew so much international attention that Rob Vito – founder of Unequal Technologies – fielded interview requests from the likes of CNN and SkyNews, and droves of others.

Looking at it from a parental perspective, the story was troubling insofar as most of us want to insulate our children from the horrors of the real world.

We want to protect their innocence.

We want them to enjoy their childhoods. 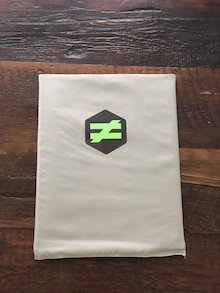 We want them to go about their daily lives without making sure a bulletproof shield is in their bookbag every day.

The problem is that we live in an America unable to agree on substantive gun-control measures after 20 kindergarteners and six adults were mowed down at Sandy Hook Elementary School.

It’s become a place so overrun with weapons (and access to them) that it’s easy to throw up your hands and think things are so far gone that they’ll never change.

Protecting children is more difficult than it’s ever been before in a land where guns and evil envelop our lives.

On Wednesday morning, that new reality is what I talked about with Vito, who in 2008 founded a Glens Mills company which came about when a Penn State student “wondered whether bulletproof armor could be made lighter and more flexible.”

Its products extend beyond backpack safety into the realms of military, law enforcement and sports, most notably (at least to a Cubs fan) baseball when retired World Series Champion catcher David Ross sought protection from yet another concussion.

The conversation centered on the nature of parenthood, as the graduation gifts were prompted by a discussion Vito had a year ago with the principal of the school attended by his daughters (ages 8 and 14).

“We had to go a whole different direction to make it kid friendly,” he said. “We faced daunting challenges.”

Hearkening back to growing up in Overbrook, he said things were different back then.

When I offered a worry that the bulletproof gifts could instill an unnecessary specter of fear in children who needn't be saddled with it, he offered a tangible connection between the fears of the eras.

"If they face that situation and run right back into their house, I’d be damn glad that they learned those lessons in school.”

That was what he thought about when Principal Barbara Rossini asked him if he could invent “something that can protect these kids at ground zero, right in the classroom” in case of a school-house attacker eluding security measures already in place.

“If you’re in favor of ‘stranger danger’ education, then you have to be in favor of taking steps (to protect students in case of) intruder attacks.” – Rob Vito

Though details of the incident have now been called into question, he referenced this week’s story of a student getting stabbed at Upper Darby High School. Should that happen elsewhere, students could have used their backpacks for protection.

“If you’re in favor of ‘stranger danger’ education, then you have to be in favor of taking steps (to protect students in case of) intruder attacks,” he shared. “It’s become a national story, a big controversy, but Miss Rossini had the courage to step up and make a statement about it.”

In interviews, Vito has been asked whether he’s a member of the National Rifle Association and whether his gift might normalize a condition that sees people giving up on other security measures.

“As far as gun issues, I’m agnostic,” he said. “I’m here to protect the students and faculty. If something happens, they get their backpacks and protect themselves.

“Someone asked me if I believe teachers should have guns or not. I’m not getting into that fray. That’s a debate that’ll go on for 10 years. In the past 10 days, there have been six instances of school violence while we’re still debating it. We’re staying focused on options, on instantaneous protection.”

Instead, he said he chose to take tangible steps while the seemingly never-ending debate rages on. (He said the SafeShield will work regardless of which way it’s facing in a bookbag, drawing a distinction from bulletproof vests which, if the “strike side” isn’t facing outward can fail to protect its wearer.)

Vito was at Monday’s school assembly when the graduation gifts were presented. After the ceremony, students were shown the proper placement for the shield in their bags and how best to wear it in relation to a looming threat, whether it be bullet or knife.

He said two faculty members have since mailed them to their children in college.

Still, it involved a parent/child conversation that most of us wish we’d never have to have, but must: talking to them about the potential of getting shot, stabbed or killed at school.

Yes, it’s a different world, and one that a "school safety commission" or screaming on either side of the issue won't mend.

“I had to bring home reality to my daughters that gun violence is real. It’s no different than the ‘stranger danger’ talk about what to do once a car pulls up,” he said, noting that he carries one in his briefcase. “It’s like the spare tire in a car in case I need it. I’d rather have it and not need it than the other way around.”

The reaction, he said, has been predominantly positive and centered on “parents being glad someone is being proactive about their kids’ safety.”

Schools from as far away as Atlanta and Texas have sought information about the shields.

“What I told the kids is they can just put it in their bag and just forget about it. It’s there in case you need it,” he said. “This has ignited a lot of pent-up frustration and demand that’s now being answered."

Then, he closed with a statement that's depressing because it's true:

“This is the new normal, and we have to accept it.”

I wish he wasn’t right.