As bullets fly in Philadelphia, Giffords implores McConnell to act on gun measures 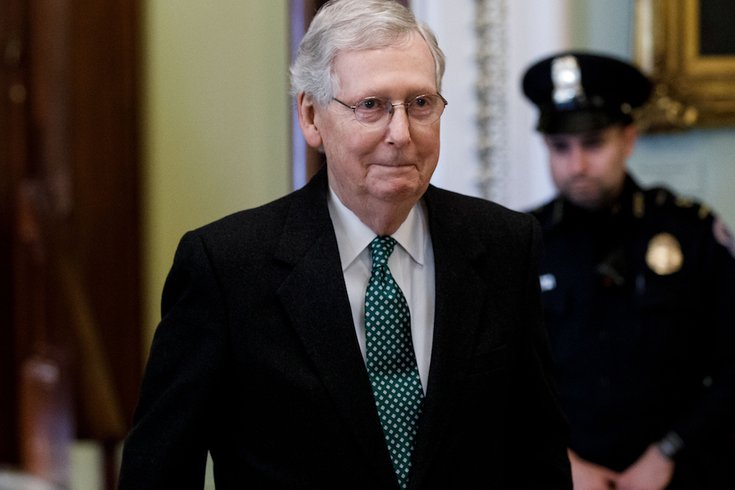 Majority Leader Mitch McConnell has failed to bring gun measures to the floor of the U.S..Senate.

Gabby Giffords, the former congresswoman from Arizona, targeted Senate Majority Leader Mitch McConnell, a Republican, as bullets continued to fly in the Nicetown-Tioga section of North Philadelphia. She was shot by a gunman on January 8, 2011, while meeting with constituents in her hometown of Tucson, Arizona. Six people were killed and 13 others wounded in the attack.

“I’m horrified watching the tragedy unfolding before our eyes in Philadelphia,” Giffords said in a statement. “We are failing to protect law enforcement from gun violence just as we’re failing our kids and communities.

“I said it 10 days ago, and I’m saying it again today: Mitch McConnell must bring the Senate back in session immediately and send the background checks bill to Donald Trump’s desk.”

Giffords was referring to the recent gun massacres in El Paso, Texas, and Dayton, Ohio, that left 31 people dead in a 13-hour span.

House Democrats have moved several gun control measures in recent months to the U.S. Senate, where they have languished due to McConnell’s refusal to bring them to a vote.

According to the organization, “dangerous loopholes in our nation’s gun laws pose serious threats to the safety of law enforcement officers. Firearms-related incidents were the number one cause of death for law enforcement over the past decade, with 51 officers dying from gunfire in 2018.

Pennsylvania Sen. Pat Toomey, another Republican, tweeted that "my office is actively monitoring the situation in Philadelphia. Please keep the injured officers, their families, and loved ones in your thoughts."